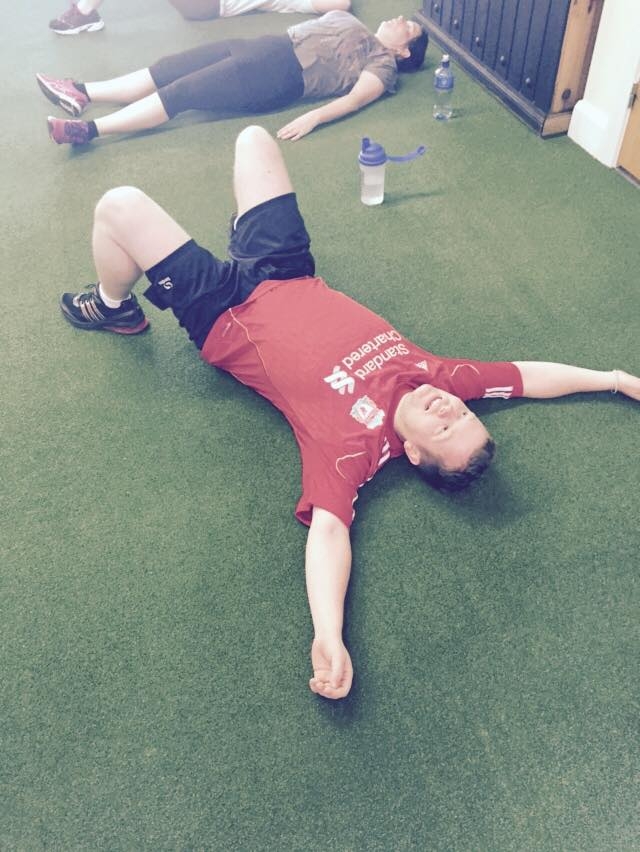 ‘Get fit with The Echo’ competition winner update

It’s nearly five weeks since our ‘Get fit with The Echo’ competition winner, Daniel O’Sullivan from Tallaght started his fitness bootcamp with AJ Fitness, and we wanted to check-in with him to see how he has been doing.

Mixing both one-on-one sessions and classes, Daniel has already trimmed his waistline significantly, while a general improvement in his fitness has come from a lot of hard work.

“It’s been better than I expected to be honest”, he explained. “The training has been different every time and keeps you interested as you don’t know no what to expect for the next class.

“I’ve definitely noticed a huge difference in my fitness levels, but the biggest and most noticeable achievement to date is losing 4.5kg (9.9lbs), and the jeans are too big now so I’ll have to invest in a few new pairs.”

Improving his diet is another aspect of the bootcamp, and thanks to Anthony Carey of Paleo Ireland and Jo Davey of Joanne’s Absolute Nutrition, the competition winner has made a complete overhaul of his daily and weekly diet.

“As I said before, my biggest problem was fast food, and it’s something I haven’t touched since winning the competition,” he stated.

“I’ve had some moments where I have craved junk food, but I didn’t cave in. The biggest change in the diet is cutting out all chocolate, crisps, etc, and not having two to three take-aways a week.

“My diet now is plenty of veg and meat i.e. chicken and beef for dinner, salads and soups for lunch, and eggs and salad or berries with natural yogurt for breakfast.”

He continued: “Not eating junk food has been hard as it’s a comfort thing, and I’ve had to find different treats that could substitute such as nuts”.

“The first week off sugar was the hardest with the shakes and headaches (I went completely cold turkey), but my energy levels are more stable and they don’t spike like they did before, which is great.”

All Aaron Johnston from AJ Fitness asked for from Daniel was commitment, and the fitness instructor is delighted with how the first half of the bootcamp has gone.

“He (Daniel) has shown full commitment to his training, pushing himself every time, and even when he wants to give up, he still manages to pull through”, he stated.

“His diet has been solid too and he has listened to myself, and Anthony Carey from Paleo Ireland on what he should be eating and when.

“His meals have been steadily available each week from Paleo Ireland and he is finding the benefits of having all his meals prepped.

“When snacking, he has been turning to Jo Davey from Absolute Nutrition to keep him on track and watch his sugar intake.

“We set out at the start to reach one goal early on into his training, and that was to be down a half a stone for his sisters wedding recently, and I’m pleased to say he has well beaten that. His total weight loss to date is 4.5kg (9.9lbs)”

So there you have it! Our ‘Get fit with the Echo’ competition winner is well on his way to a healthier way of life, but one of his biggest test’s is still to come, with the Hell and Back challenge taking place in September.

Before then we will have another update, and once the eight weeks is complete we will chat with all those involved about how knowledge, commitment, and the right training can be converted into positive and long-term results.