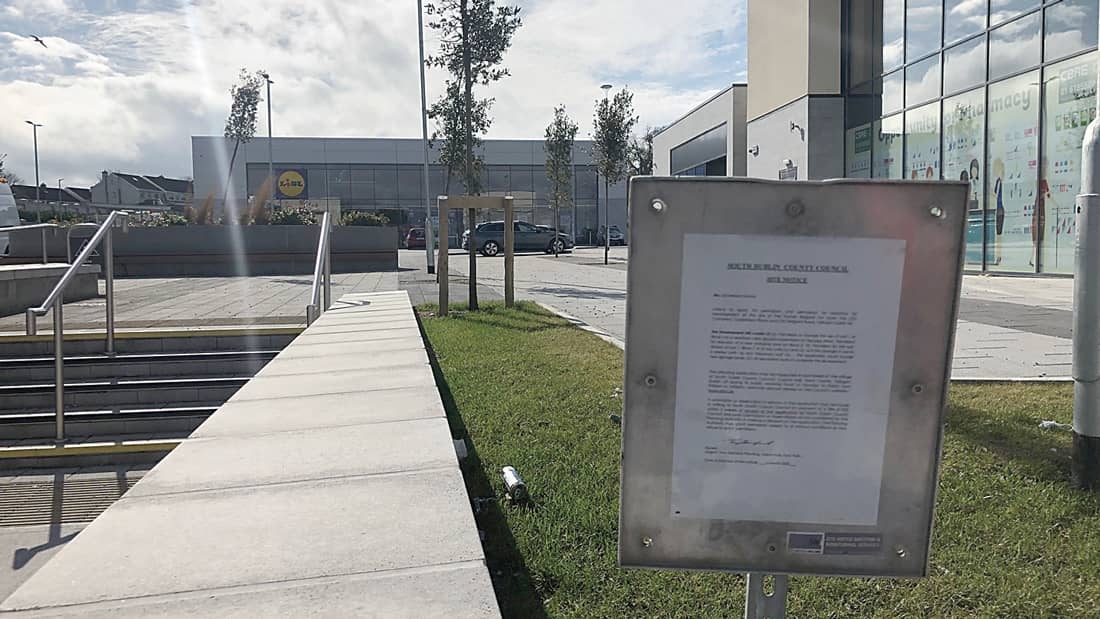 GIO’S Food Fare in Kingswood has lodged an appeal against South Dublin County Council’s decision to grant permission to retail giant Lidl for a takeaway unit at the former site of the Belgard Inn, as they claim it will deliver “a lethal blow” to their business.

As previously reported in The Echo, Deborah Moore from Gio’s Food Fare was one of three people who lodged objections to Lidl’s plans in their initial application for planning permission.

The units at the Lidl in Belgard

In Ms Moore’s objection, she stated that she was objecting to the proposed takeaway aspect on a number of grounds, including concerns about anti-social behaviour, traffic, that it would go against the national healthy eating initiative and would contribute to issues with childhood obesity.

She added that there are already more than 30 takeaway outlets within 2km of the site, and that the proposed outlet would also “have a very negative effect on two very well-established outlets in Kingswood Shopping Centre”.

The council granted permission for the plans, including the change of use a retail unit to instead house a veterinary clinic and the sub-division of Unit 1, Block 2, into two units (1a and 1b) and the change of use to a barber (Unit 1a) and takeaway (Unit 1b), last month.

Ms Moore lodged an appeal against the grant of permission with An Bord Pleanála in late August, on a number of grounds.

These grounds include concerns that the takeaway aspect of Lidl’s plans would take “hard-earned business” away from Gio’s, and that the new takeaway would struggle to deal with instances of anti-social behaviour, as they don’t have the same community ties that Gio’s has developed over the past two decades, according to Ms Moore.

She added that the takeaway depends on its delivery service as its main offering, and that the opening of a new takeaway in the locality would deliver “a lethal blow to our business, as it would be a tactical cut-off point to our delivery service”.

She added in her appeal that the new takeaway “would also take away any of our customers who avail of the use of the Lidl supermarket, which I’m sure is quite a few”.

Appeals against the takeaway aspect of the council’s grant of permission have also been lodged by the Kingswood Heights Residents’ Association and the Belgard Area Residents’ Association, who cited concerns about anti-social behaviour, litter, and the “oversupply” of takeaways in the area.

An Bord Pleanála has not yet made a decision on the appeals.