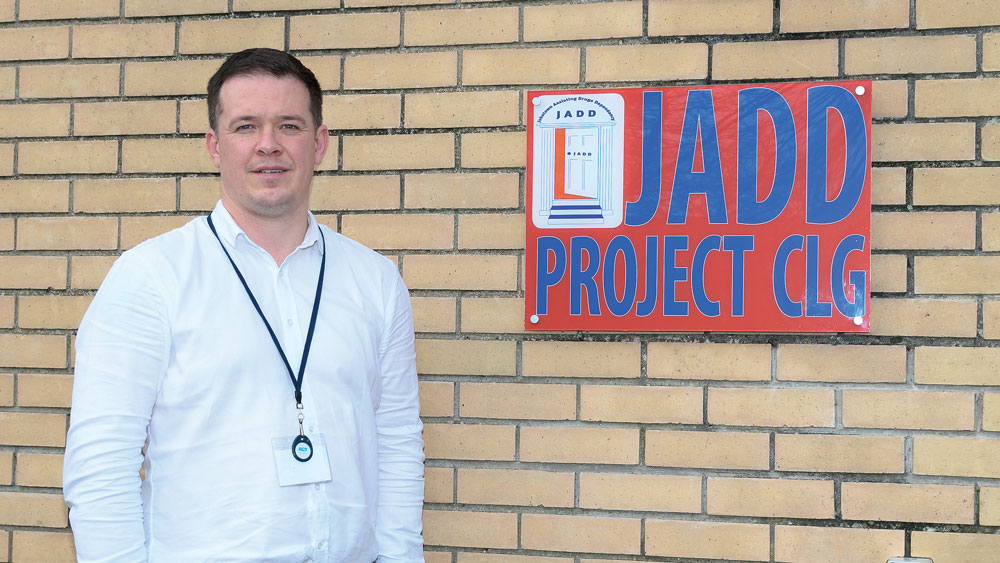 A FAMILY and community-informed approach to people who are struggling with substance addiction is key to the work carried out at Jobstown Assisting Drug Dependency (JADD).

Founded by Chrissie and the late Tommy Gilson in 1996, JADD has become part and parcel of the Jobstown community – and is appealing for donations from the community this Christmas.

The service first began operating out of the Gilsons’ house in Bawnlea, Jobstown, in response to the worsening issues with heroin addiction in the community.

For the current manager of JADD, Tommy Gilson Jnr, who has been in the role since August, seeing his parents’ work in the community became an influential learning experience for him.

“I was about 16 when JADD first started in our house,” he told The Echo.

“I was in my teenage years, so I didn’t understand the significance of JADD’s work at the time.

“I later realised that it was vital in the community because there were no other services like it in the area.

“We weren’t directly affected by substance use in our house, but we had neighbours and friends who were affected.

“Later on, I came to realise that it was an essential service in the community.

“In my early 20s, I started to understand it a bit more, because I would see people I went to school with, and they’d comment on how much my parents had helped them.” 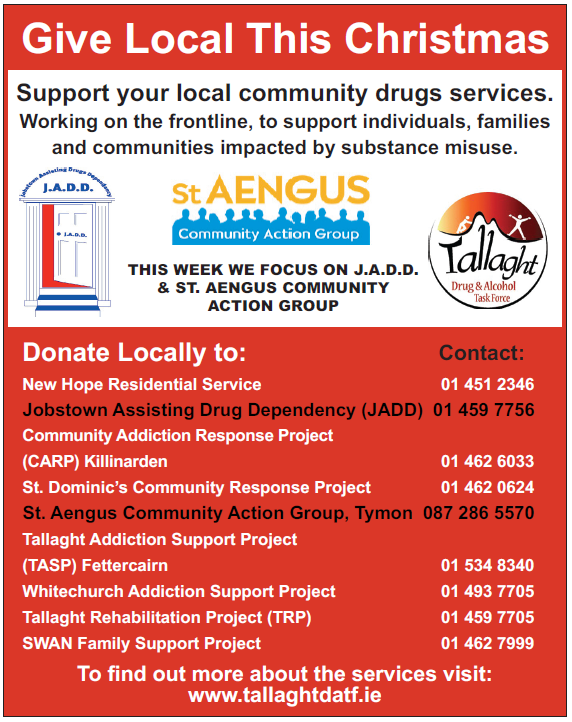 Tommy went on to pursue a career working in drug projects and has held managerial roles in several in Kildare and Dublin, before coming back to JADD earlier this year, where it all began.

JADD’s services include harm-reduction services, a drop-in centre, medical and methadone maintenance, rehabilitation and aftercare, and an education pathway.

When asked what makes JADD different from other drug projects, Tommy said there is a heavy emphasis on family and community involvement in recovery and service provision.

“Being a part of the community is the cornerstone of our work in JADD,” he explained.

“Even in terms of recruitment, it’s very important to get local people involved in the response to substance abuse locally.

“We’ve retained that community aspect of our services, which is vital because we’re part and parcel of the community.”

While JADD was initially set up to deal with the heroin epidemic, it has pivoted over the years to meet the needs of people in the community as drug trends have changed, with crack cocaine use being particularly prevalent and problematic in the area at the moment.

“We’re a very professional, community-based service that looks to support individuals and families impacted by substance use,” Tommy explained.

“Our central piece is that we see the response to substance use as a bigger response, a family response, that can’t be done in isolation.

“We have childcare on site, we have counselling for family members . . . we take a much broader approach and that’s a big part of our identity.

“All of the literature says that the outcome is better when families are involved and get their own support.”

Tommy said he’s proud to be a manager in JADD, and to be helping to carry on his father’s legacy, after seeing first-hand the impact addiction has had on his community.

“From a young age I’ve been around [people with addiction issues], so I didn’t grow up with the prejudices or attitudes that some people can have,” he explained.

“This just happened to be an issue that affected the community I grew up in. I started working in this sector after seeing the amount of people I grew up with who were affected by it.”

For more information and to donate to the service, visit the JADD website.