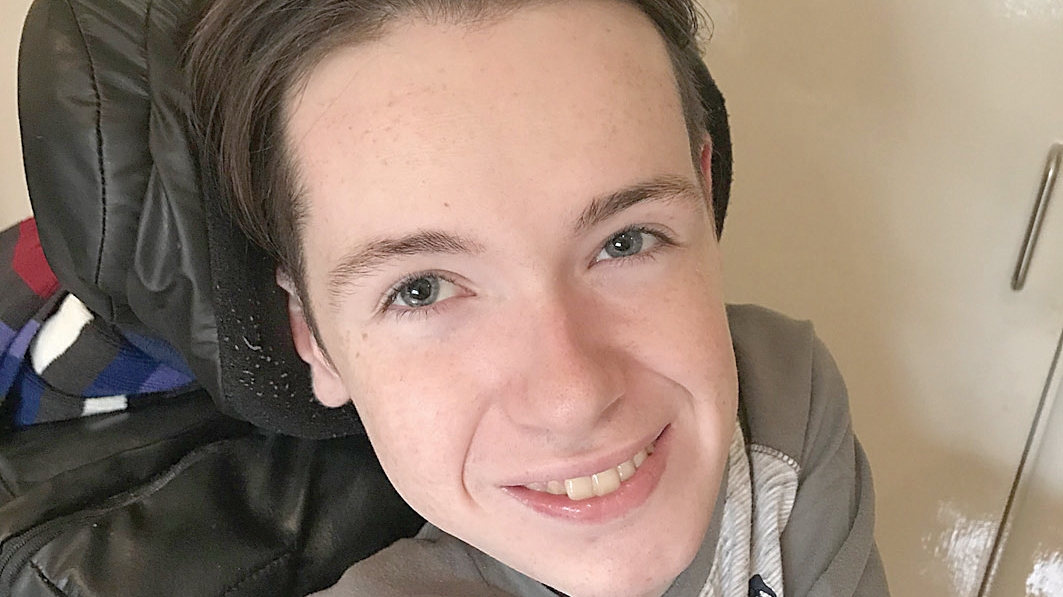 It has been a long and gruelling road of campaigning for Glen to be considered for the expensive treatment.

Glen (18), has Type 2 SMA (spinal muscular atrophy), a debilitating illness which takes away the ability to walk, eat, or breathe, but his mother Lisa has always been a major source of support and encouragement in his life.

The Irish government finally approved funding for Spinraza treatment last year, when Glen was in the middle of doing his Leaving Cert exams in Deansrath College.

“He got his first injection on Friday and is doing fantastic,” said Lisa.

“You won’t notice a difference in one injection but it was the realisation that this is the beginning of something brilliant.

I was admitted with Glen to the hospital for the week on Monday to Beaumont, due to Covid. We didn’t even tell family because we didn’t know if it was just going to be tests and assessments. But when we got there, they were ready to go.”

Glen is due to have his second injection in two weeks, followed by a further two treatments in the next month, and once every four months thereafter.

Lisa has nothing but praise for staff at Beaumont, and is grateful that there now seems to be a permanent set-up to treat SMA patients at the hospital.

“It is a great thing because SMA was such a minority. When Glen turned 18 last November, there was a cross between pediatric and adult services.

Tallaght referred him to Beaumont and I suppose because it is a new treatment, staff there are very interested. I was a bit apprehensive going in, but staff really put us at ease – they know how to keep you safe.”

Speaking to The Echo in the early days of the pandemic last March, Lisa said social distancing was something the pair have been “living with for 18 years”.

Glen is in the category of people deemed to be the most vulnerable in society, and had to stay indoors for much of the pandemic.

“The common cold is fatal for Glen,” said Lisa.

“He finished his college year (Maynooth University) in his bedroom and got first-class honours. That took him up to the end of May.

Then they started lifting restrictions, so we could do things like go out for a drive, not get out of the car, but at least we could go somewhere. We know what is safe for us.”