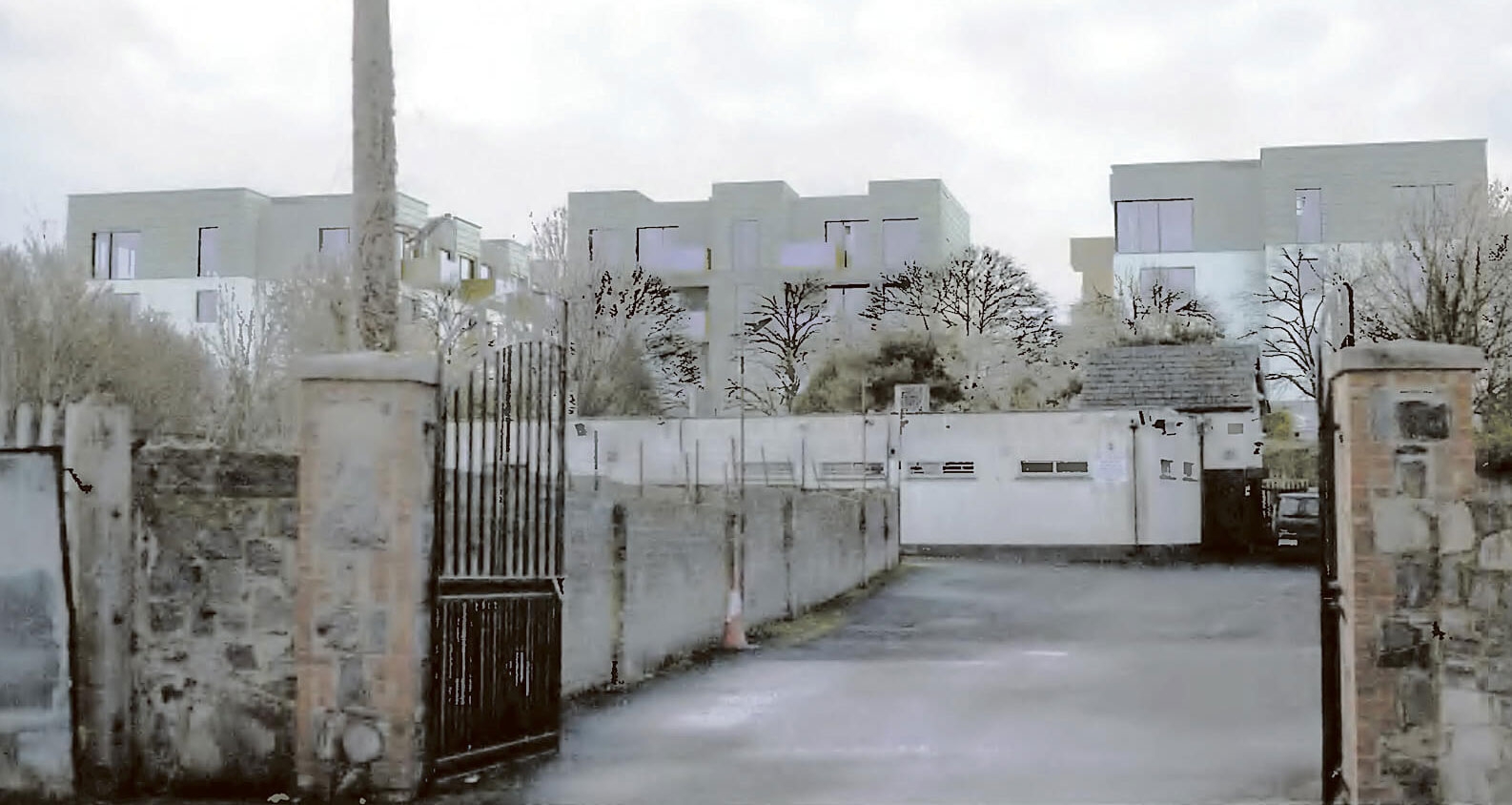 PLANS for an elderly housing scheme on a parcel of land at the Clondalkin Paper Mills Pitch and Putt Club – have been granted planning permission by South Dublin County Council.

The Sallypark, Mill Lane, scheme comprises 85 apartments at the Mill Lane site in four blocks of one to five storeys.

Artist impression of the housing plans

Developers Rhonellen Properties Limited reduced the number of proposed units from 99 to 85, after SDCC advised the applicants to reconsider the layout, design and massing of the proposal.

Key design changes include increased communal facilities with two multi-function rooms for social meetings and occasions, which can extend from 40sq.m out to 70sq.m.

The entrance area for the residential development has been redesigned with a “generous lobby and seating area” according to the plans.

The layout of the central courtyard has been revised to include more benches for a more “friendly usable amenity space” and revised drawings show a “significant reduction in height.”

Back in 2016, The Echo first reported how financial difficulties forced the pitch and putt club to place some of their land on the market.

Known locally as the Glue Pot, Clondalkin Paper Mills Sports and Social Club were forced to sell nine of their 18 holes in an effort to pay bills and maintain finances going ahead.

The clubhouse and bar was not included in the sale.

According to the plans, the total gross floor area of the proposal is 8,229sq.m.

The subject site is bounded to the north by the River Camac, to the south by Mill Lane, to the east by the Kingdom Hall of Jehovah’s Witnesses and pitch and putt clubhouse/bar known as the Glue Pot and to the west by Clondalkin Leisure Centre.