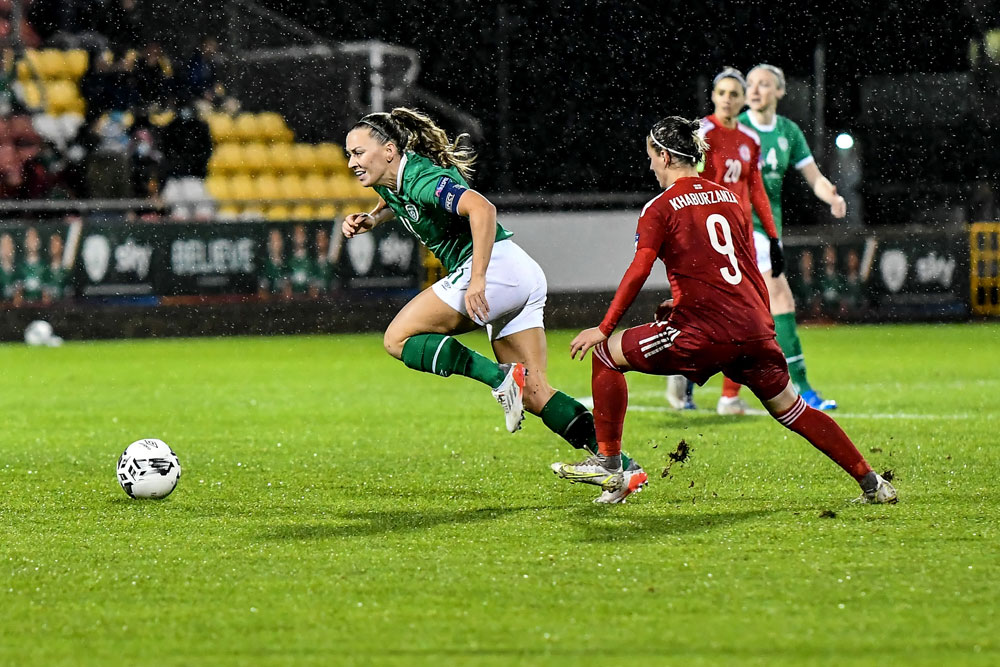 Kilnamanagh’s Katie McCabe bagged a brace of goals in Tallaght Stadium as the Republic of Ireland women’s national team registered a record 11-0 triumph over Georgia in a Group A World Cup qualifier.

Following a disappointing 1-1 draw with Slovakia at the same venue five days earlier, Vera Pauw’s side simply had to win in order to keep their campaign on the right track. They managed this with considerable aplomb and thanks to a victory for Sweden at the expense of Slovakia, the girls in green find themselves sitting second in the table.

Aside from the excellent McCabe – named as Player of the Match for the second game running – ex-Peamount United star Denise O’Sullivan helped herself to a magnificent hat-trick. Amber Barrett (another former member of the Newcastle club) also shook the net to supplement additional strikes by Kyra Carusa, Lucy Quinn and Saoirse Noonan.

There were also a couple of own goals on a night when Ireland surpassed their previous 9-0 wins against Malta (2003) and Montenegro (2016). 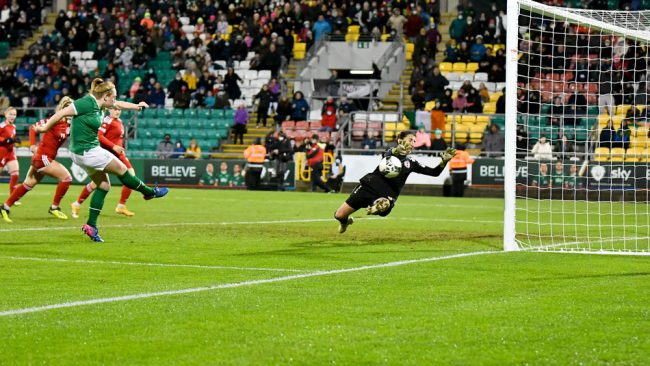 It seemed like only a matter of time before the group’s basement side conceded again and the San Diego-born Carusa was on hand to nod home after Louise Quinn got her head to a McCabe corner from the right.

Ireland continued to pile the pressure on and Lucy Quinn got in on the scoring act after McCabe and O’Sullivan had linked up to devastating effect in the 37th-minute. 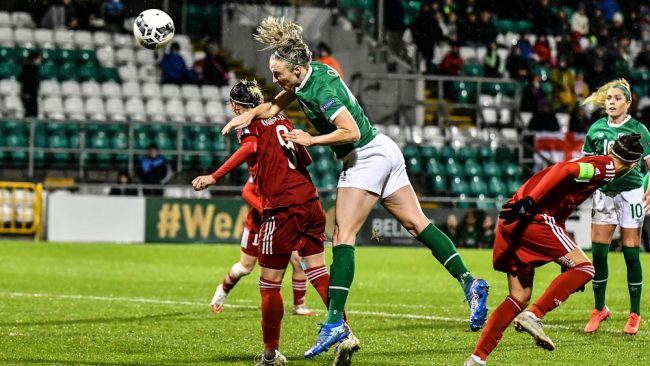 O’Sullivan was to inflict additional damage on the Georgian goal, with her smooth finish off a Ruesha Littlejohn pull-back propelling them into a 4-0 interval cushion.

The hosts were in no mood to drop off on the resumption and courtesy of clinical goals either side of the hour mark, O’Sullivan ensured she came away with the match ball. Georgia’s woes were further compounded on the stroke of 70 minutes when Bebia was dismissed on a second yellow card for handling a Niamh Fahey shot.

McCabe ruthlessly dispatched the resulting penalty to the Georgian net and doubled her tally with a bullet strike into the bottom right-hand corner just three minutes later.

Like Carusa in the opening period, Noonan broke her international duck by bundling home a McCabe corner nine minutes from time. This equalled their previous winning record, but it was smashed in some style by Barrett from a tight angle moments later.

There was enough time for Ireland to claim an astonishing 11th goal – Megan Connolly’s free-kick was flicked home by a Georgian player – and they can now push forward into 2022 with considerable optimism.