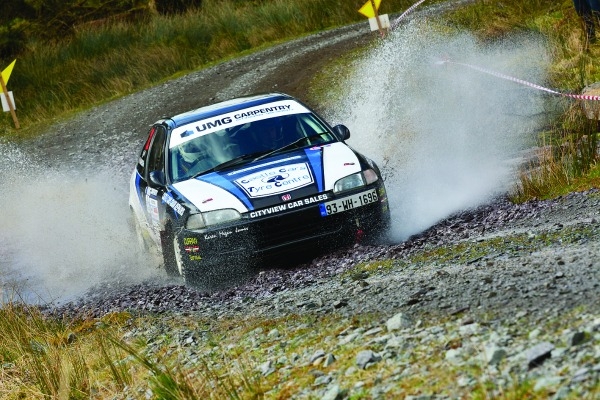 Going gets tough for Mahon in Cork

BARRY Mahon from Bohernabreena and Sligo's Ultan Mcgowan found the going tough in Round Two of the Irish Forestry Championship in the Moonraker Rally based in Ballyvorney, Co Cork.

The pair, who had finished runner-up in their class in the opening round in Waterford in February, were the second fastest behind Cork’s James Lucey on first of the eight stages in the latest outing.

Yet on Stage Two, they hit trouble as Mahon explained.

“I cut a fast right hand corner too much which resulted in the car spinning back across the road and down a deep bank.

“There was very little damage but the car was stuck. It was recovered and checked over.

“We took big time penalties and rejoined the rally on Stage Five. We set fastest times on stages five, six and seven but on Stage Eight we suffered a broken driveshaft after touching the inside of a corner with only about 2km to go.

It left them outside the points by the close of the contest that was won by Lucey with Lukasz Cznpaik from Poland in second.

The Tallaght man will be hoping to get back on track when he lines out in the next round in Derry in May.