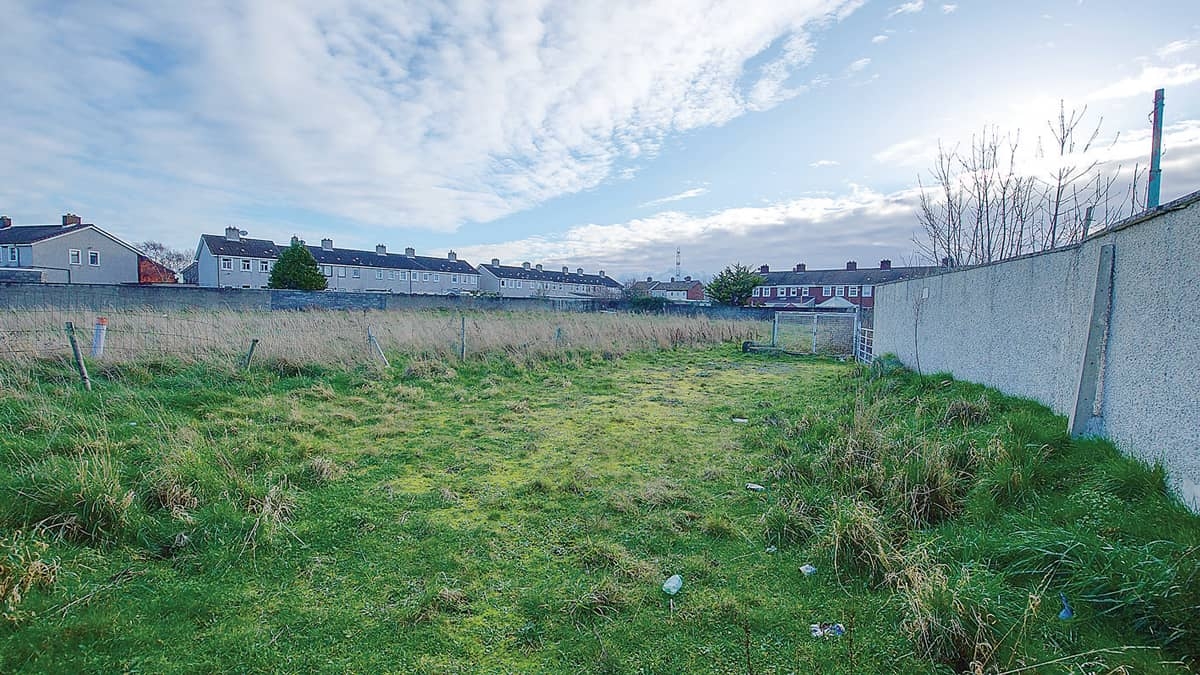 CONTENTIOUS plans for the development of a mosque in Balgaddy, Lucan, have been given the green light by An Bord Pleanála, following two appeals being lodged by local residents’ groups against the plans, reports Aideen O’Flaherty.

South Dublin Maktab Ltd had applied for permission to demolish two existing “unoccupied, unused and dilapidated” single-storey buildings at the site and to construct a community centre and mosque in a detached three-storey over basement building last year.

The site planned for the mosque

South Dublin Maktab is a voluntary charitable organisation which represents Muslims in the Lucan/Clondalkin area.

The local Islamic community represented by South Dublin Maktab currently use the premises of the South Dublin Football League in Ballyowen Park.

Other plans in the application include the development of a mortuary, a prayer room with supporting service rooms, two classrooms, a library/book shop, three retailing/services units, child minding rooms, toilets and ablution areas.

In February 2019, the Balgaddy Working Together Community Group lodged an objection to the development, which was signed by over 200 local residents.

They objected on a number of grounds, including the amount of traffic the mosque will bring to the area, and the visual impact of the height of the proposed building which they claimed will be “four times higher than residents’ houses”.

The group also raised concerns “for the noise levels and call to prayers as a minaret is included in the design plans”.

Residents from the Oaks estate also lodged an objection in February 2019, arguing that the development will bring extra traffic to the area and that the building will overlook people’s houses and will “impact directly on people’s privacy and light”.

South Dublin County Council granted permission for the development last January with a number of conditions, including the stipulation that there shall be no calling to prayer or public address system either in the minaret or externally elsewhere on the site.

Orla Hunt and other residents of the Oaks lodged a joint appeal against the grant of permission, and in their submission to An Bord Pleanála they outlined some of their grounds for appeal as being concerns about traffic congestions, privacy/overlooking, and the proposed development representing “overdevelopment”.

A separate appeal against the council’s decision was lodged by the Balgaddy Working Together Community Group, where they stated concerns about the “extreme height and density” of the proposed development, and that it would be located in a “predominantly residential area”.

An Bord Pleanála upheld the council’s decision and granted permission for this development this month, as they stated the development would not “seriously injure the visual or residential amenities of the area.”