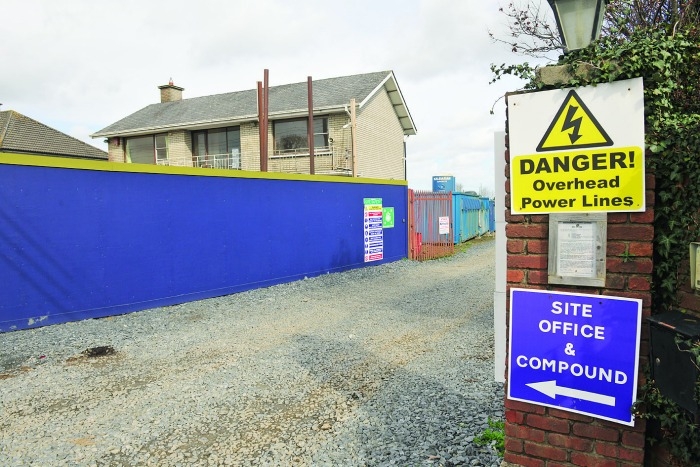 PLANS to build 23 houses and six apartments at a site located at Drumlonagher, Main Street in Newcastle have been given the green light by South Dublin County Council.

The applicant, Pavement Homes Ltd, submitted an application for planning permission in January, which alongside the plans to build a number of housing structures also includes plans for two two-storey buildings. The first two-storey building will have a retail unit at ground floor level, and there are also plans for the construction of a two-storey corner building with two retail units to accommodate a cafe and a convenience store, and the construction of a market square.

Plans also include the construction of a two metre high boundary wall to the east and west boundaries and timber panel fences between the dwellings.

The council granted planning permission for the development with a number of conditions.

These conditions include all telephone, communications and electrical wires and street lighting cables being located underground throughout the entire development.

Attic spaces contained in the residential units must be used as non-habitable spaces for providing storage, and the commercial units can only be operated between the hours of 8am and 10pm.

The plans were granted permission by the council last month.