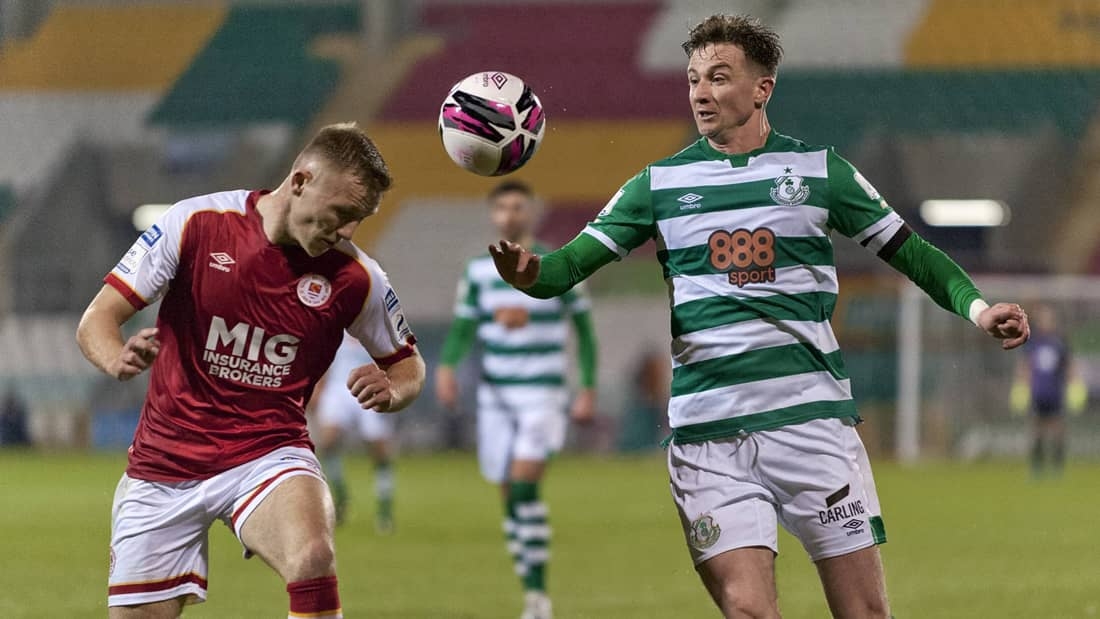 Aaron Greene came to the rescue of Premier Division champions Shamrock Rovers in a tense Dublin derby with St Patrick’s Athletic at the Tallaght Stadium this evening.

Having been under pressure for large spells, the Saints looked set for a smash and grab win courtesy of an own goal from Roberto Lopes in the closing moments of the action.

However, there was enough time for Rovers to issue a response and Greene’s outstanding 89th-minute finish salvaged a point from the game for Stephen Bradley’s men.

The Hoops had taken a while to settle, but with Graham Burke exerting his influence, they eventually grew into the contest.

After he was played in down the right by Chris McCann on the stroke of 20 minutes, Burke’s cross-cum-shot was saved by the feet of Liverpool loanee Vitezslav Jaros.

On the half-hour mark, Republic of Ireland international Burke cut in smartly off the right-wing, though his subsequent left-footed drive was comfortably gathered by Jaros.

Despite being placed on the back-foot for much of the third-quarter, Pat’s dug deep defensively and entered the interval on level terms.

Although Rovers continued to probe after the resumption, Pat’s were perilously close to breaking the deadlock in the 58th-minute. Chris Forrester’s cross-field pass picked out Matty Smith and his crisp right-footed effort was superbly turned away by Alan Mannus.

The introduction of Greene moments earlier had added a much-needed spark to the Hoops attack and the tempo of their play increased as a result. The lively Danny Mandroiu had a shot cleared off the line by the retreating Lee Desmond and Jaros also parried his piledriver with 17 minutes to play.

Just when it appeared destined to be a third consecutive scoreless affair between these teams, the Saints hit the front with just three minutes left on the clock. Robbie Benson broke free on the left and his attempted delivery was diverted into his own net by Lopes.

On the brink of a first league defeat since 2019, the Hoops fired back in the manner of true champions. From a Sean Hoare cross, Greene glanced a header to the bottom left-hand corner to ensure the hosts came away with a share of the spoils.