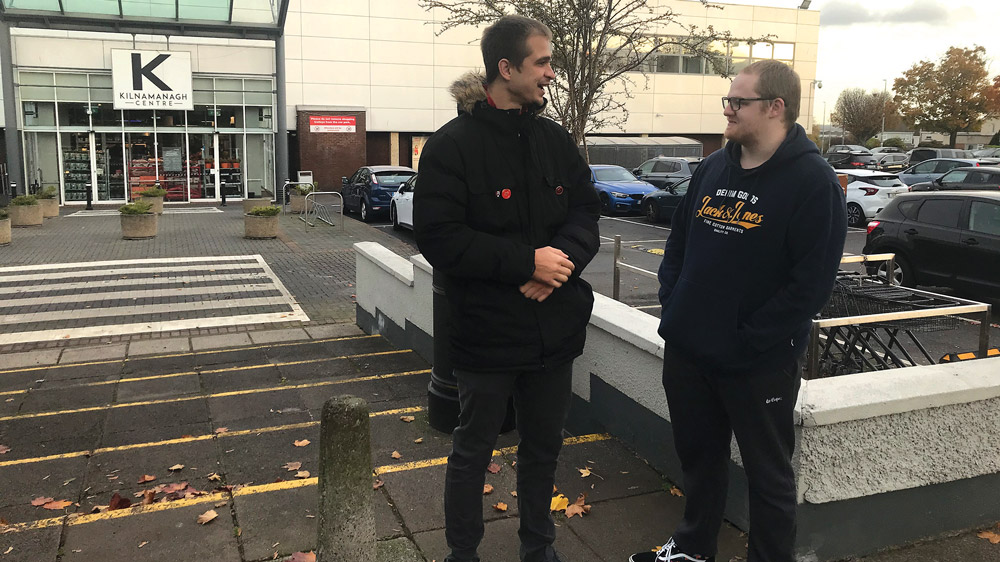 Grievances of staff include lack of respect and dignity

GRIEVANCES raised by workers in Dunnes Stores in Kilnamanagh, including understaffing and claims that they’re treated with a lack of dignity and respect, are being “ignored” by store management.

This is according to Alex Homits, a night pack worker in the shop who is also the store’s shop steward for retail union Mandate.

Mr Homits said that he submitted a collective grievance – signed by 34 workers – to store management on October 2, but they have refused to engage with workers and the union.

“Dunnes’s longstanding policy with anything to do with unions is that they don’t engage,” said Mr Homits, who will have worked in the shop for two years this December.

“Our store manager said he will not be responding to the collective grievance and said that workers can notify him individually of grievances.

“But we know that going up individually doesn’t have the same strength as going up together, and some workers can feel intimidated if they’re alone in a room with managers raising grievances.”

Mr Homits carried out a survey of union staff in the store during the summer, with 85 per cent of them stating that there are issues with understaffing in the store.

“Understaffing is the top issue that’s repeated over and over, day in and day out,” added Mr Homits.

“We’re regularly under a lot of pressure because of it. I do feel stress when I’m working a very busy shift and we’re clearly understaffed.

“There’s the same amount of work to be done, but there are less people to do it.”

Another finding in the survey was that 85 per cent of respondents said they felt they weren’t treated with dignity and respect by management.

Examples of this provided in the survey include staff having to stay beyond rostered hours, being ‘spoken down to’, patronised and spoken to rudely in front of customers.

When asked how morale is among staff in the shop, Mr Homits said: “The fact is that it depends on who you are and how long you’ve been working there.

“Staff who aren’t on the top rate of pay or on full-time contracts . . . their hours fluctuate all the time.”

Other grievances raised include the lack of a dedicated night pack manager, and rosters typically not including weekends off or two days off in a row for staff.

“I think we’re highlighting very reasonable issues,” said Mr Homits, “and I’d like them to be resolved, in a personal capacity and also as shop steward.

“I’ve appealed to the public to come into the store and ask management why they won’t engage with us as their workers about these grievances.”

When asked about what steps he plans to take as shop steward if the grievances aren’t addressed, Mr Homits said: “A letter will be sent to management from the union requesting engagement.

“After that, we’re going to have a discussion [with the union and staff] about the options available to us if management continues to ignore us.”

The Echo contacted Dunnes Stores’ head office for comment, but a response wasn’t received at the time of going to print.