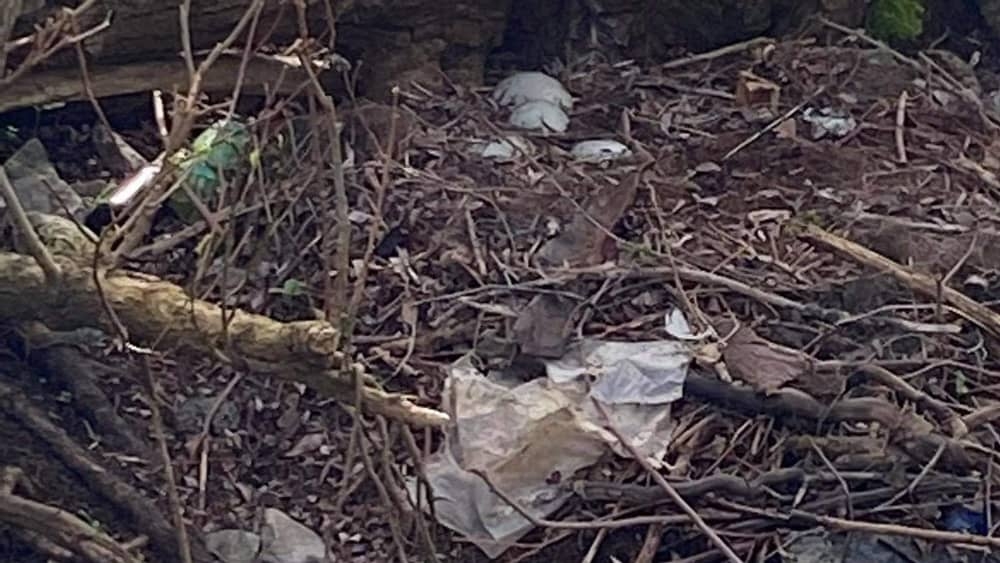 THERE is grave concern among residents for nesting swans that are being viciously attacked by groups of youths trying to smash their eggs.

Lisa McAuley, a volunteer at Ireland’s first Wildlife Rehabilitation and Teaching Hospital said that she was recently contacted by numerous residents desperate to try and help the swans and their eggs.

Some of the broken eggs in the hedge

She said: “The residents are up in arms about this – they are very upset about it. They had contacted us last year when the female swan was killed by these youths, and all her eggs were smashed.”

Lisa says that the male swan has found a new female and they have nested in the same spot as last year – an unideal location in a ditch in a laneway opposite The Mill Pond Apartments in Clondalkin.

“Just opposite from the apartments, there is a little ditch and there is a seven-foot drop into a small dyke of water that comes in from the pond and the swans have nested there in full view of people passing,” explained Lisa.

According to Lisa and a number of residents in the area, gangs of youths have been congregating at the area and have been throwing items such as trollies, traffic cones, bricks and stones at the swans on the nest in hopes to smash the eggs.

Magda Siedlarz, a resident who has lived in the Mill Pond Apartments for the last six and a half years says that the first incidence of the attacks on the swans happened four years ago when teenagers smashed the female’s eggs.

A trolley in the water

“There were seven [eggs] but now I can only see three because they were throwing big stones, trollies, bikes and everything they had.”

Another resident who lives close by, Bridget Stapleton, says that in 30 years of living in the area she has never seen a situation like what she has seen in the last two years.

She said: “The swans would have cygnets every year, and last year I didn’t see any. I heard that the mother had been killed when someone cut her head off.”

The residents say they have called for a railings or wall to not only conceal the ditch but also as a safety measure to prevent someone from falling in.

“There is no protection – there should be railings. There used to be trees so you could never really see there, but they are all gone so you can just walk a few steps up a little hill and see the swans, they are very open, and it is very scary,” says Bridget.

The Echo contacted The Mill Shopping Centre who confirmed that they do not own the land that the swans are currently situated on.