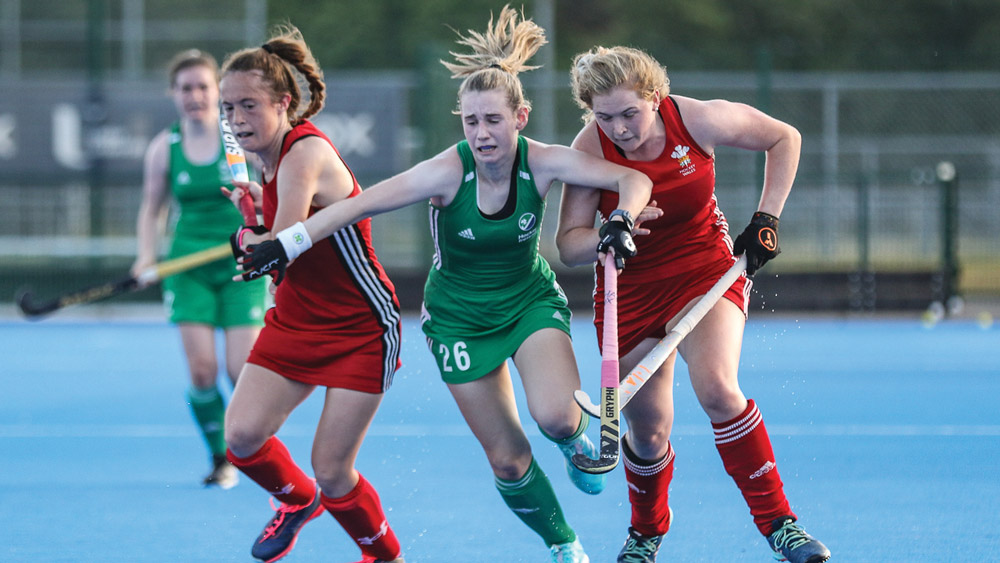 Loreto's Christina Hamill has been named in the Ireland squad for next month's World Cup in Amsterdam. Photo by Front Row Union

Both players starred in the Junior World Cup in April, alongside Ireland Under 21 captain, Caoimhe Perdue who has also been named in the panel.

Hamill and O’Brien will be joined by clubmates Sarah Torrans and goalkeeper, Liz Murphy for this tournament in which Ireland face an extremely tough Group A opener against the host nation and World Number One side, Netherlands at Wagener Stadium on July 2 before taking on tournament debutantes, Chile (July 5) and World Number Five outfit, Germany (July 6).

The group winners advance directly to the quarter-final phase with the second and third-place nations facing an extra game to reach that stage in the crossover playoffs. Fourth-place finishers in the group will head into the 9th to 16th-place playoffs.

“The team are excited about our progress and the opportunities that lie ahead over the next month, and know that anything is possible at a World Cup,” said Ireland Head Coach, Sean Dancer.

“Our entire group, players and staff have been working extremely hard over the last month on the basics that a new group has to do. This has been a tough, but a very enjoyable period.

“The World Cup is always a tough tournament, but what a great challenge to be playing the best team in the World, first game up, in front of their home crowd.

“We have set our sights firmly on a positive result versus Chile, and will approach the playoff games day by day when we get to that point” he added.

Ireland stunned the hockey world back in 2018 when, under the guidance of then head coach, Graham Shaw from Firhouse, they won silver at the World Cup in London.