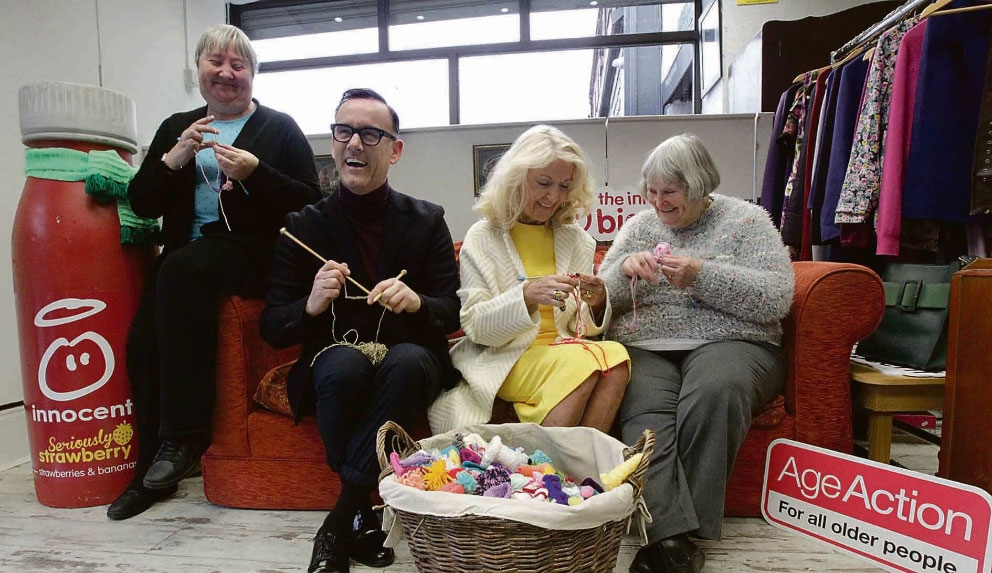 All those stalwarts who knit and crochet around the county and nationwide are asked to help with knitting 100,000 little hats in a fundraising effort for Age Action.

For each bottle sold wearing a little hat, Innocent drinks Ireland will donate 30c to Age Action, Ireland’s leading advocacy organisation for older people which raises awareness of the valuable contribution older people make to society and advocates for the rights of all older people.

Brendan Courtney and his mother Nuala (second from right) help Anne Kelly (left) from Inchicore and Winnie O'Doherty from Churchtown, members of the Age Action Camden Street knitting circle at the launch.

From now until July 31, 2019, Innocent and Age Action are calling on veteran knitters and newcomers alike, to grab their knitting needles and get clacking for this brilliant cause.

TV presenter Brendan Courtney, from Kingswood, along with his mother Nuala, were on hand to help launch the initiative.

“Myself and my mum Nuala are thrilled to be part of the Age Action innocent Big Knit 2019,” said Brendan Courtney. “Knitting circles are popping up all over the country, which is a great way to keep communities connected, especially when they bring young and old together. The beauty of these little hats is that they don’t have to be catwalk standard – just knitted with care for our older friends and family.”

Over the past ten years the Irish public knitted an astonishing 490,000 hats and helped raise €170,000 for Age Action.

Hats can be sent to The Big Knit 2019, at any of Age Action’s shops or offices in Dublin.