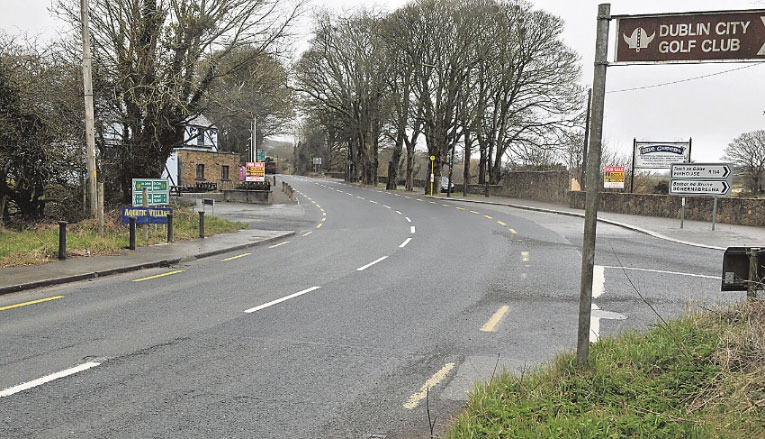 DESPITE having seven times the national average when it comes to head-on collisions, the N81 road improvement scheme has been ‘suspended’ due to funding restrictions – with the project not expected to be reconsidered until 2027.

For a number of years, Kildare County Council, Wicklow County Council and South Dublin County Council have been working together on developing a scheme to improve the 29km N81 from the Embankment in Tallaght to Hollywood Cross.

The N81 in Brittas

Despite a preferred route corridor decided on two years ago, funding for the upgrade has not been allocated - with users of the route and those living along it becoming increasingly concerned about the amount of road traffic accidents.

According to a report by Kildare County Council’s national roads design office in 2012, improving road safety was a priority for the scheme.

The report stated: “The analysis of accident data clearly demonstrates that the existing road carriageway alignment and the significant number of accesses and junctions are a contributing factor to the number of accidents which occur on the N81.”

On Monday, April 30, a public meeting was held in Blessington to help garner support for the scheme, and to highlight the need for the upgrade with local politicians and Government.

Not being given the green light

In light of public support for the scheme, The Echo last week contacted Transport Infrastructure Ireland (TII), which has responsibility for national roads, about the project and why it has, after all these year, not being given the green light.

In a response to The Echo, a spokesperson for TII said: “The N81 Tallaght to Hollywood project was among a number of National Roads projects brought through the early planning stage a number of years ago.

“This facilitated the identification of a preferred route which could be included in the Development Plans of the county councils concerned and allow for the opportunity to protect the route.

“Identification of a preferred route is a milestone in the major scheme development process.”

However, according to TII, the scheme was “subsequently suspended due to funding restrictions and currently remains suspended”.

TII also confirmed that the N81 improvement scheme, which is dependent on Government funding, is not one of the projects identified to be progressed to pre-appraisal in the National Development plan 2018 – 2027 as “unfortunately it was not possible to fund and deliver all the national road projects that are currently suspended within the period of the plan”.

In 2018 funding of €2,500,000 was provided to commence construction on the N81 Knockroe Bends and additional funding was also provided to progress four further projects through the planning approval process.