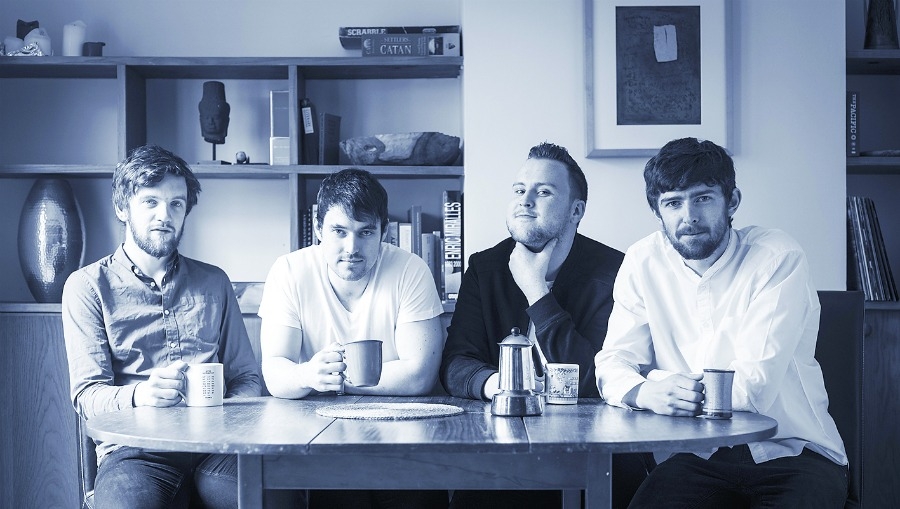 WHEN Joe Carroll woke up in a hospital bed after falling out of the back of a moving coach onto the motorway, he immediately began writing lyrics for what would become an infectiously catchy and commanding indie-rock song for his band, Heroes in Hiding.

‘Hospital’ was nominated for RTE Choice Song of the Year 2017, and saw Heroes in Hiding perform live on The Late Late Show just before the release of their debut album ‘Curtains’ last year.

The four-piece, who rehearse in Walkinstown, consists of Terenure-based Liam McCabe on bass, Rathfarnham native Cian Donohoe on drums, Oisin Jacob on electric guitar and Joe Carroll on vocals and acoustic guitar.

Liam took some time out from his busy schedule to speak the The Echo about the band’s success so far and their upcoming festival shows.

Can you tell us about the inspiration behind your band name?

The band has been together in one form or another for many years. The name was decided on years ago and unfortunately the story behind the name has been lost to the ages. However, the origin of the name is still hotly debated to this day.

How did you all meet each other?

Cian, Joe and Oisin all attended school together from the age of four, and Cian and myself studied music technology together in National University of Ireland, Maynooth. I joined the band in 2013 when two former members were lost to emigration.

You released your debut album Curtains last year to critical acclaim, what was that experience like?

It was a really great experience. Writing and recording music is our first love so the whole process of putting Curtains together was a pleasure. It is definitely the best thing we have released so far, and the support ‘Hospital’ has received has really helped us get our music to people who most likely would never have heard of us before.

‘Hospital’ was written about Joe’s experience after he fell out of the back of a moving coach onto the motorway, what was the rest of the band’s reaction when he brought this song to you?

I think lyrically we all loved it, but musically it took a bit of work before we got on board. When Joe brought the song to us he was still quite injured and could only manage to play the guitar with one finger so the initial demo was quite rough, as you can imagine. We worked on it though and got it into shape as Joe recovered. The subject of the song kind of demanded attention.

Do you have any other interesting sources of inspiration for other Heroes in Hiding songs?

There have been no new near-death experiences, so no, not really. The rest of the songs just come from day-to-day life. Some of them, like ‘Trouble’ and ‘No You’re a Rabbit’ are about capturing a feeling more so than telling a specific story. We are working on new music currently though so you never know.

You were the support act at one of Picture This’ sold out Olympia shows, what was the performance and the atmosphere like for HIH?

It was absolutely fantastic. It was a genuine honour to play on the Olympia stage for the first time and we are very grateful to Picture This for the opportunity. They were fantastic hosts and the gig itself went great. We played to a packed-out Olympia and the crowd were very receptive to us. Thumbs up all round!

You’re going to be playing at Castlepalooza and Carrickmackross Festival this August, what can audiences expect from a Heroes in Hiding show?

We are working on some new tricks for our upcoming shows. If we can stretch to it we will be incorporating a visual element to the show although at the moment I cannot confirm this. What I can confirm however is some indie rock that takes itself too seriously, medium-high levels of fun and maybe even some new music—the perfect recipe for a good time!