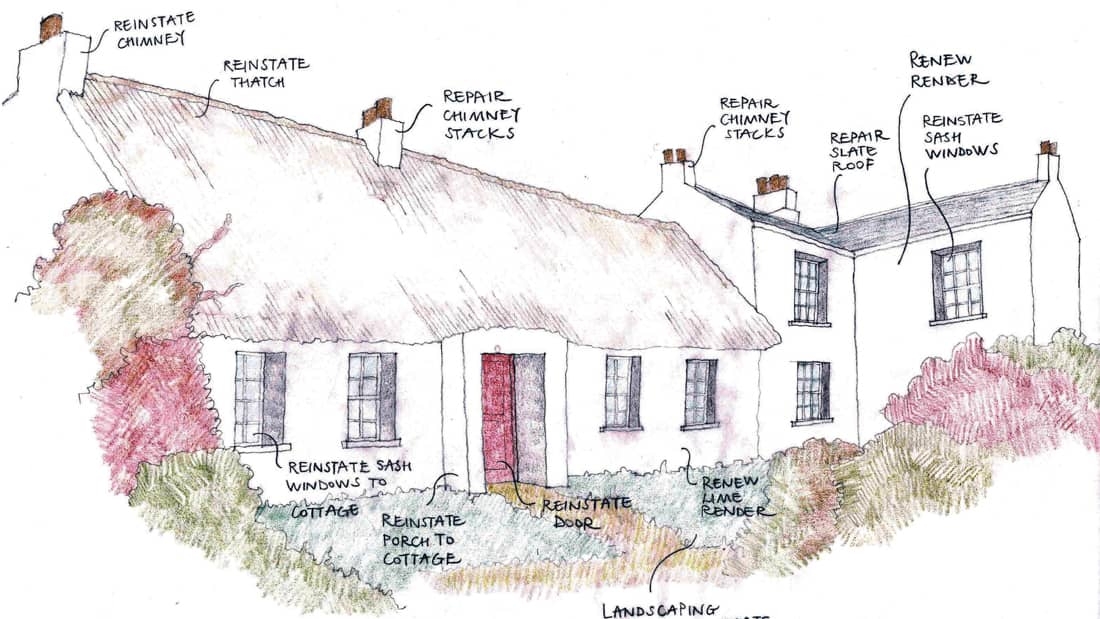 DEVELOPER Hibernia REIT, the owner of the Newlands Farm site where they’re proposing to build over 3,500 residential units, has increased their spend on community and sporting infrastructure at the site by €2m - and confirmed they’ll submit planning permission to restore the former home of Katharine Tynan.

As previously reported in The Echo, plans for the proposed works include the development of a new community centre, and a new multi-purpose and multi-code sports hub, comprising a pavilion and all-weather floodlit pitches to be used by local sporting groups.

The club stated that as a local club they could not “fully support the whole development of Newlands Farm in its entirety”, and over 100 residents gathered in Kingswood a fortnight ago in opposition to the plans for the overall development.

This week, Hibernia announced that they’re increasing their spend on the community and sporting infrastructure of the proposed development from €6m to €8m.

They’re also going to seek planning permission for the restoration of the former house of poet Katharine Tynan, called Whitehall, which is on the site.

Commenting on the decision to seek planning permission, Hibernia REIT said: “The restoration of Whitehall is a key part of making Newlands Farm a great place to live and work, whilst also ensuring that those living nearby feel part of the new community.

“Now is a good time to seek permission to begin the restoration so that, should councillors back our plans for Newlands Farm, we can move quickly to deliver a new community focal point in advance of any housing being constructed.

“The House offers great potential for local schools and community organisations to learn and meet.

“We hope to tap into that optimism and hear from everybody about what they would like to see the House used for. We would welcome the community’s views on this important issue.”

The restoration would see the building and its extensive grounds, which include a walled garden, “sensitively refurbished”, according to Hibernia.

The plans for the restoration of Whitehall have been welcomed by the Tallaght Historical Society, adding: “It is a shame that Whitehall was neglected for so long.

“News that planning permission is to be sought to restore and protect the structure, whilst also allowing the people of Tallaght visit and use the facility, is a hugely positive first step in realising our long-held ambition that this important structure is preserved for the benefit of the community.”

Hibernia said the restoration is “part of its efforts to open the entire site to residents, and enhance its biodiversity for the benefit of all”, and they added that the Newlands Farm development “will be an enhanced green space for residents and the local community to enjoy”.

The developer said that they will “maintain and enhance” the majority of existing mature trees and hedgerows at the site, while there will be “places for people to exercise, walk their dogs, cycle, socialise and take advantage of the health and wellbeing benefits that interacting with nature and biodiversity provides.”