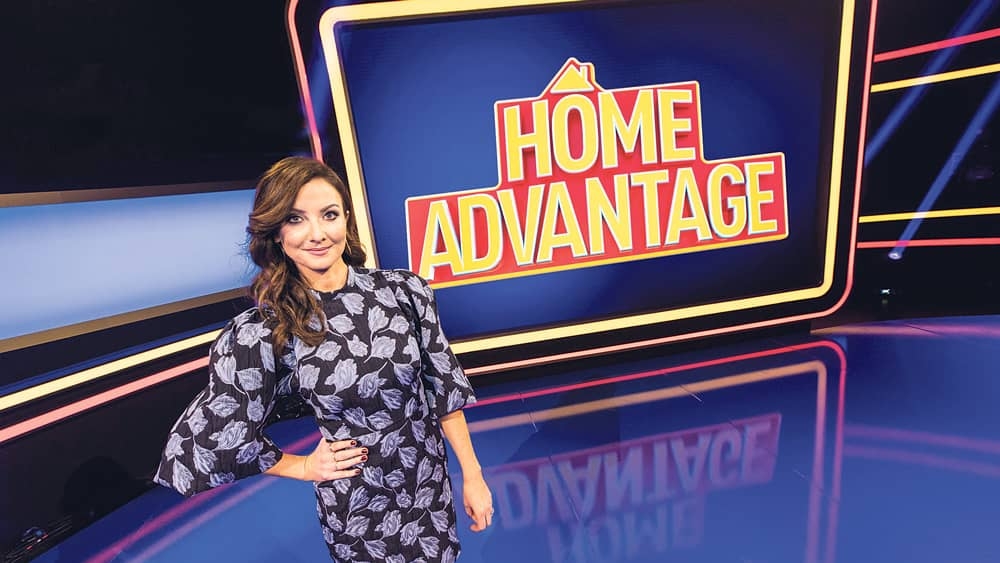 THE striking lighting and design features on new RTE gameshow Home Advantage, has a local feel to it, courtesy of Ballymount based company High Res Lighting.

Most of the work to create the look and design for the gameshow, which is presented on RTE by Jennifer Zamparelli, was carried out at the state of the art studio at High Res’s Merrywell Business Park premises.

High Res Lighting are one of the few leading companies in Europe that provide virtual production and green screen replacement for large film and TV production companies and studios.

Presenter and broadcaster Zamparelli would have been at the Ballymount studio for a virtual dress rehearsal ahead of the show premiering on April 10.

Home Advantage is a six part series and the twist is that only one player is present in the TV studio, while their participating family remain at home – beamed in on a giant screen and called upon at key moments to help answer questions.

High Res Lighting started out as a pure lighting design company 23 years ago, but expanded over the past few years into the world of virtual production and green screen replacement.

They have been involved in some high profile projects, including the XXII Olympic Winter Games, Sochi, Riverdance 25th Anniversary and RTE’s 1916 Centenary Concert.

They were also involved in the 2019 Best FIFA Football Awards, pre-programming the lighting and design in Ballymount, before flying out to Milan with the footage on a USB stick.

NEWER POSTBallymount firm Welltel has grown its turnover by €8.5m
OLDER POSTStart-up business could win €25k to kickstart them on their journey