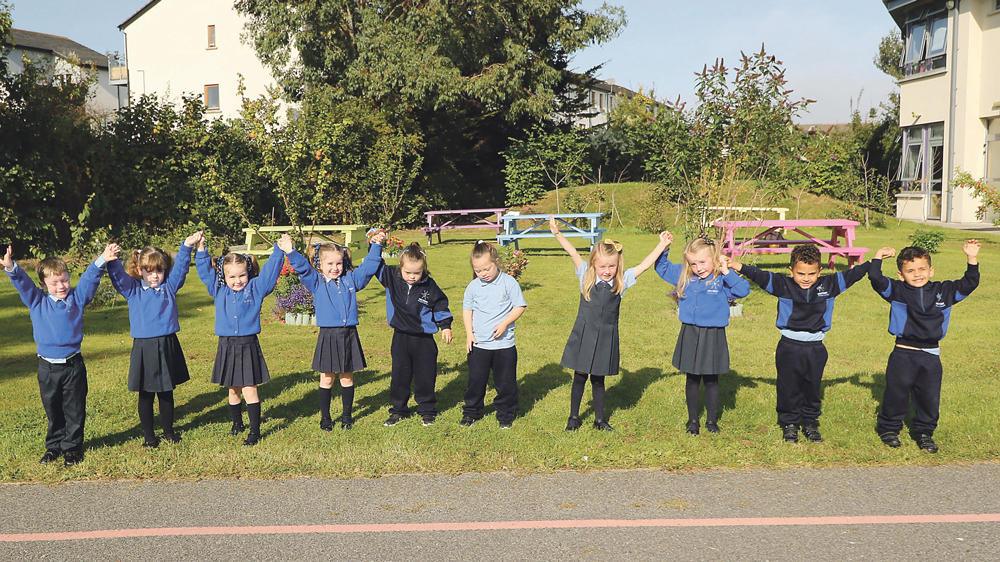 ONE primary school is seeing double since they welcomed five sets of twins to the school.

Primary schools across the country geared up to welcome returning students to the classrooms last week as well as those starting junior infants.

Among those starting at Holy Rosary Primary School in Ballycullen were five sets of twins – all from the local area.

Principal at the school, Ms Dolores Kelly says that it is the most sets of twins that the school has ever had at one time.

“This is the first time we have had so many twins start together.”

Among those starting junior infants are Tallaght twins, Éire and Quinn Brady, who are ambassadors for Down Syndrome Ireland, as reported in The Echo last week.

Alongside Éire and Quinn there are another three sets of identical twins and one set of fraternal twins who all embarked on their first day at school last Tuesday.

“There are boys and girls and then we have one pair of twins that are brother and sister – there is a nice mix,” said Ms Kelly.

According to Ms Kelly, all of the twins have settled in very well at their new school and are taking it all “in their stride” with their unique personalities shining through.

“They have all been quite independent and you can already see that they are all different and have different personalities and likes and interests – they are individuals as well as twins.”

The twins have been split between the three junior infants classrooms at the school depending on whether their parents preferred to keep them together or separate.

“Some of the parents decided they would like them in different classes and others wanted to keep them together, so we have a mix of both, but they have all settled in really well.

“They have been in a week now – they only came in for a little while at the start until lunch-time, but this week is a full week.

“It’s very exciting to have so many twins starting. We are delighted to have them and we look forward to seeing how they grow and develop as they go up through the school.”