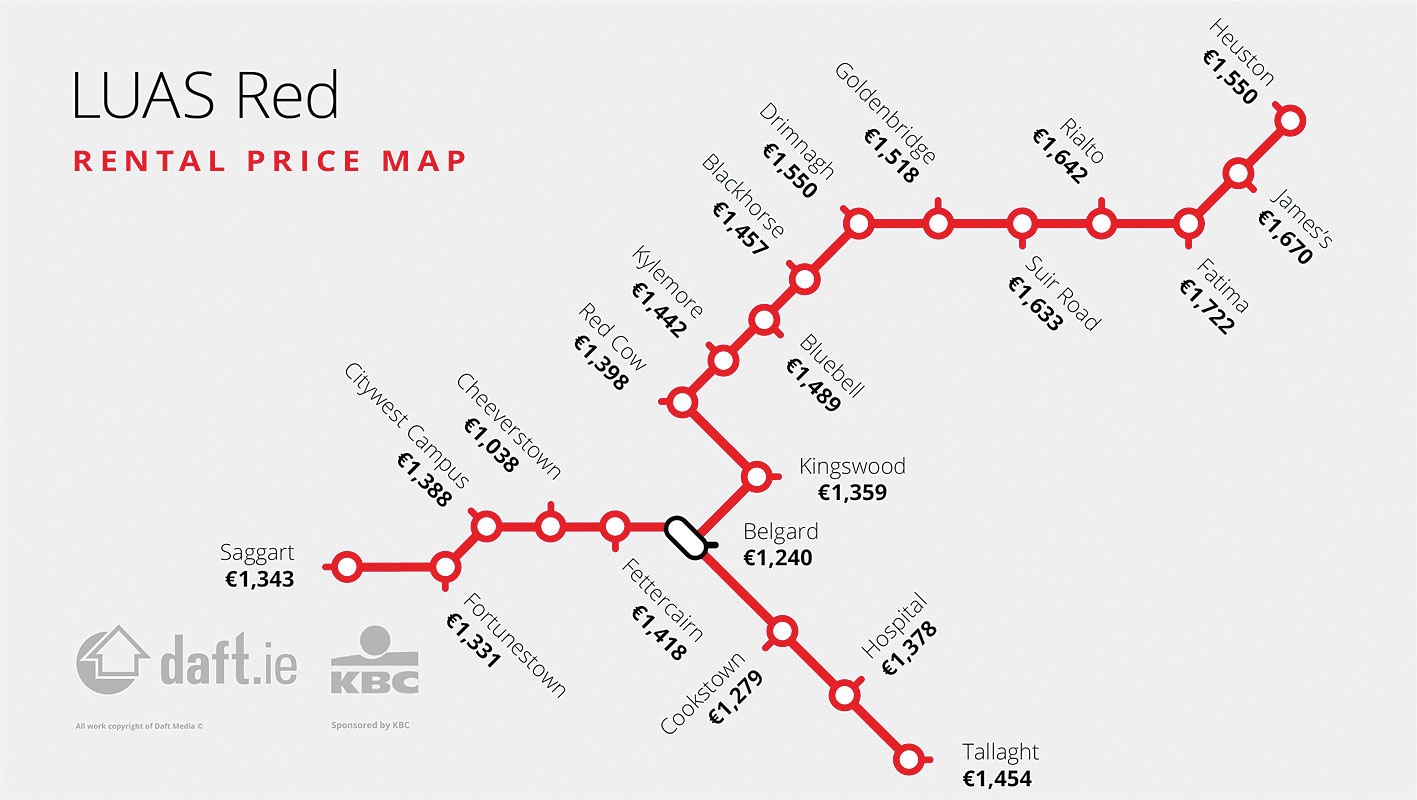 RENTS FOR two- and three-bedroom homes begin rallying as the Luas Red Line nears Fettercairn at €1,418 and at Tallaght at €1,454, a new survey from Daft.ie has revealed.

The rents are highest closest to the Fatima stop, but when the Luas leaves the city the rents begin to dip before rising again when nearing Fettercairn.

The figures shown are average rental prices for 2- and 3-bed properties controlling for time, size and type for each of the stations on the Luas and Dart lines. The sample of properties for rent comes from the period between January and November 2017.

Commenting on the figures, Ronan Lyons, economist at Trinity College Dublin said: “As with properties for sale, it is clear that the new cross-city Luas stops have the potential to rejuvenate parts of the city previously poorly served by light rail. This can be seen in today’s rental figures for each station, with rents for two and three-bedroom homes rising by more, closer to the Cross-city stations than other stations, over the past year. The clear economic effect of such public investments will hopefully give policymakers food for thought, when thinking about how to finance transport infrastructure in the future.”

Commenting on the data; Martin Clancy from Daft.ie told The Echo: “What is interesting is that while the Dart has the highest rents for individual stations, the Luas Green Line and Cross-city have the highest average rents across all stops (both €1,770) with Luas Green and Cross-city line commuters paying a premium of €170 [extra] on average per month compared to the average rent on the red line (€1,600).”