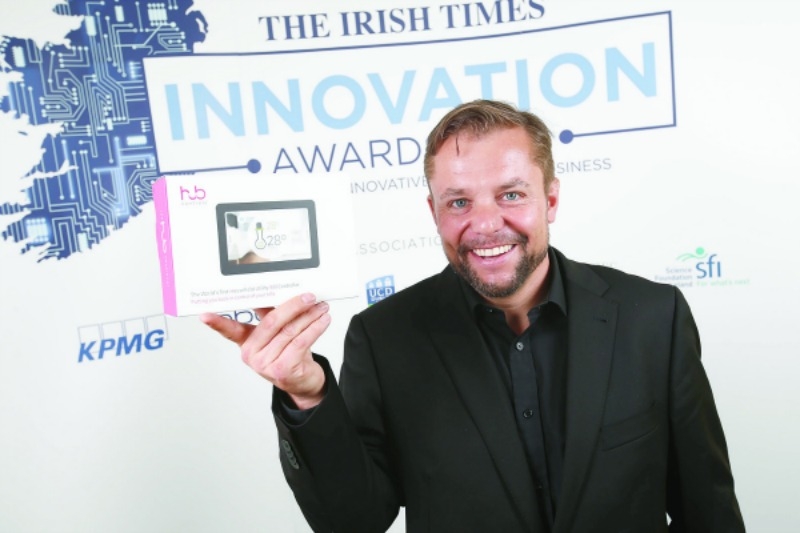 A TALLAGHT-based company HUB Controls has been announced as a finalist in the manufacturing category of The Irish Times Innovation Awards 2016.

Based in the Synergy Centre in IT Tallaght, HUB Controls has been nominated for their new smart thermostat, the HUB Controller, the world’s first Household Utility Bill Controller.

Oliver Hynes, CEO founder of HUB Controls, said: “We are delighted to be recognised for our innovation. The HUB Controller has a number of unique hardware and software features so it’s great to get the recognition’.

“We are looking forward to the awards ceremony on October 5, which is going to be a really exciting time for HUB Controls, as we are going to be launching the product towards the end of September. The plan is to launch in Ireland and the UK to begin with and then mainland Europe by 2017”

“With the HUB Controller you can control your heating from anywhere via your smartphone and over time it will learn your schedule so all you will have to do is set it and forget it.

“However, what makes the HUB Controller truly innovative is that it is the first smart thermostat that allows customers to monitor their actual spend and energy consumption.”

The Irish Times Innovation Awards aim to recognise and promote the best service, product or operational innovations throughout the island.

The finalists were selected by an independent panel of judges to secure a place at the final and a chance to win the overall ‘Innovation of the Year’ award as well as a unique and high profile communications and advertising package worth €150,000.

Category Winners will receive a €10,000 communications package in Business and Innovation and an iPad with a one-year subscription to The Irish Times ePaper.

HUB Controls will be competing against two other finalists in their category. The winners of the competition will be announced at an awards ceremony in Dublin on October 5.

Further information about HUB Controls can be found at www.hubcontroller.com