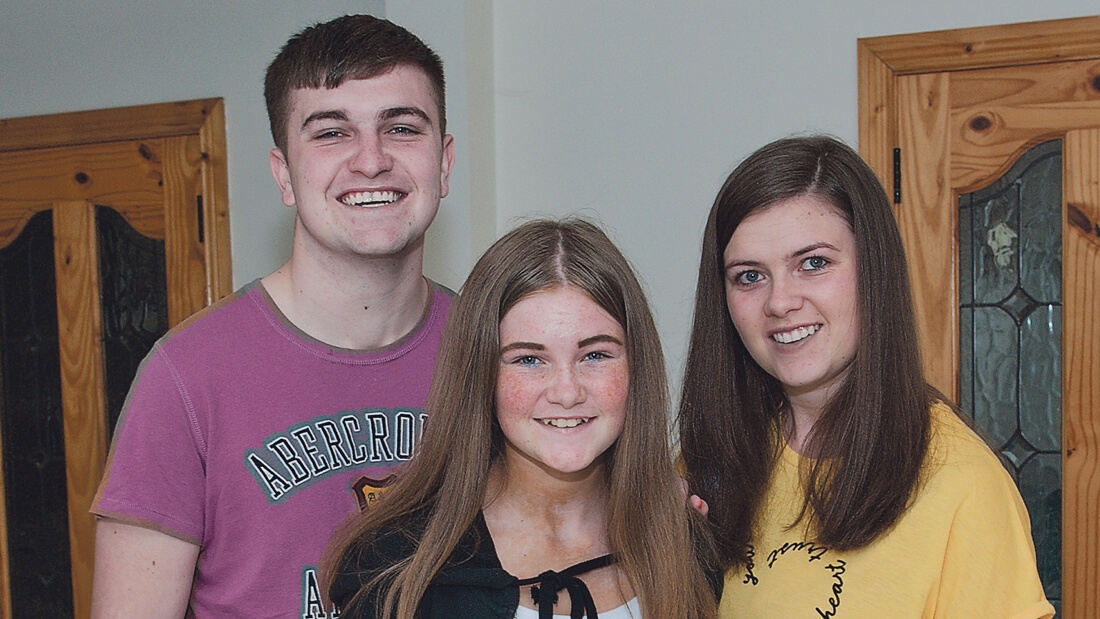 ‘Humbled’ by help of people for incurable disorder battle

A FATHER has said he is ‘humbled’ by the support his family has received after the community fundraised for him and his wife to travel with their son and daughter, who are in their 20s and will both receive bone marrow transplants in the UK to help them battle an incurable and rare genetic disorder.

Noel O’Neill, who lives in Ellensborough in Tallaght with his wife Sandra and their three children, Serena (24), Dylan (20) and Natasha (13), saw Serena and Dylan get diagnosed with adult metachromatic leukodystrophy (MLD) within months of each other.

Dylan and Serena with their sister Natasha

Noel said: “Serena has been told that if she doesn’t get the treatment she’ll be in a wheelchair in two years, incapacitated in six years and dead in ten.

“Their lives have been turned upside down by this – they’ve both been told there’s a 30 per cent chance they could die during their transplants.”

Neither Noel or Sandra have the disease but discovered they are carriers of the gene. Adult MLD has a slow progression and can present as progressive dementia and though Serena and Dylan have the disease, Natasha has the gene but has been told by doctors she will not develop the condition.

Serena was diagnosed with the condition in July 2018 aged 23, after her parents brought her to their doctor in January of last year as they had noticed over several months that she was gradually experiencing worsening levels of forgetfulness.

Noel told The Echo: “Serena was a normal teenager who was into singing and dancing, she went to a stage school and she played GAA with Thomas Davis, but she started forgetting things, like how to put a pair of shoes on, or putting make-up on.

“We brought her to Aylesbury Clinic and then Tallaght Hospital, but at the time [when she was diagnosed] the doctors didn’t know much about MLD.

“We were referred to the Mater where there’s a specialist team that treats rare adult metabolic diseases.”

At the same time as Serena was dealing with her diagnosis, Noel and Sandra started to notice parallels between their son Dylan and the early symptoms that Serena had experienced – and Dylan was then diagnosed with the same condition last December.

While there is no known cure for the condition, undergoing a bone marrow transplant can slow the progression of the disease.

Dylan will be going to Manchester next week to receive a bone marrow transplant and because his symptoms aren’t as advanced as Serena’s, he’s receiving his transplant first, while Serena will get a transplant in the months afterwards.

The community has rallied around the family to raise funds for them, as Dylan will be recuperating in hospital in Manchester for six to eight weeks with his parents by his side, and Noel and Sandra will be doing the same when Serena receives her transplant.

Members of Thomas Davis GAA Club ran in the VHI Women’s Mini Marathon and held a raffle over the weekend to raise funds for Serena and Dylan, who are past pupils of Coláiste de hÍde, while Crumlin GAA Club raised €600 for them at their annual golf classic last week.

“The support of people – friends, family and Thomas Davis – has been phenomenal,” said Noel. “I want to thank everyone who’s helped us, from the bottom of my heart. It’s so humbling.

“I wish I could personally thank each and every person who donated and raised money.”