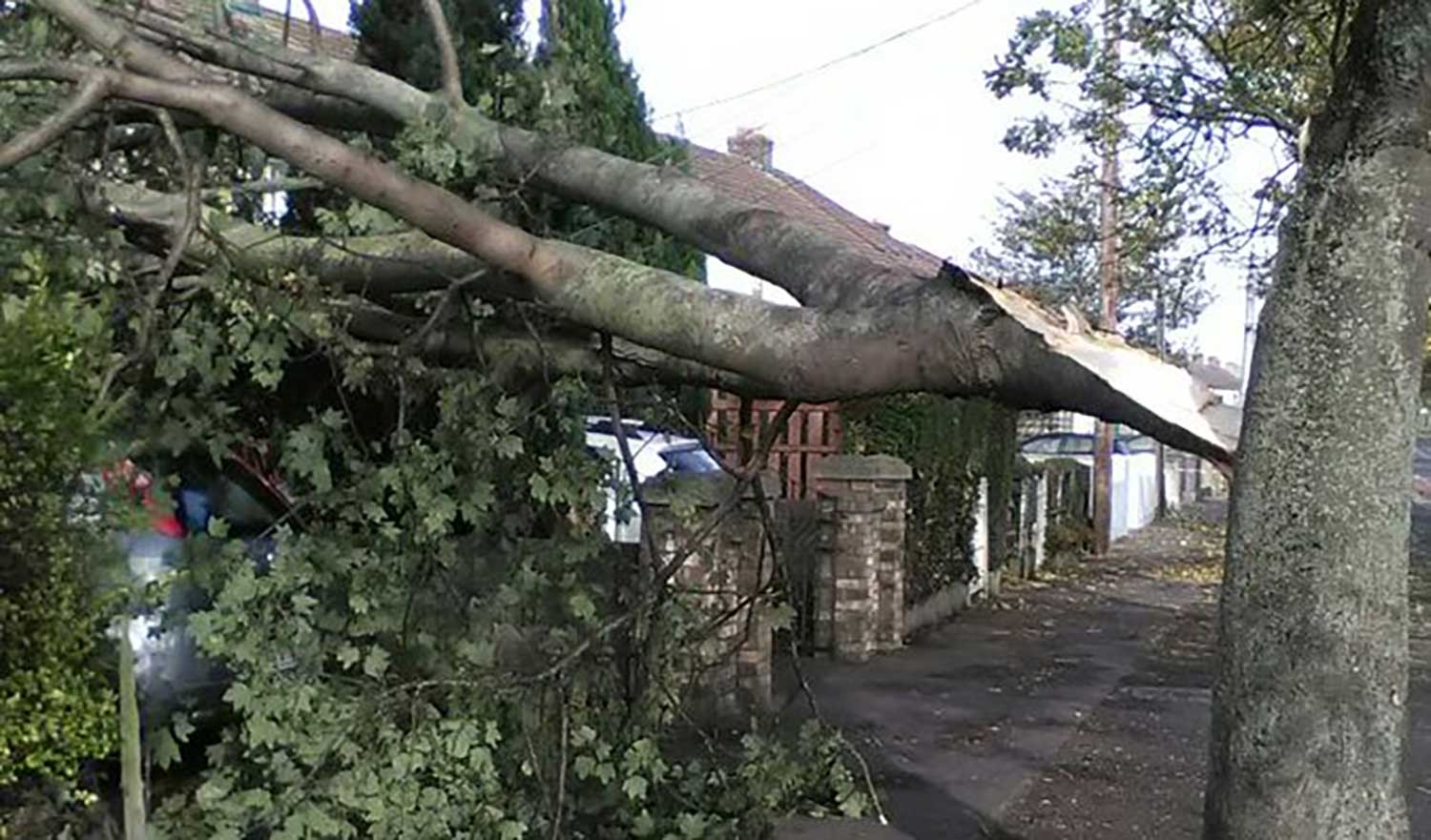 Hundreds of local homes and businesses are still dealing with the aftermath of Hurricane Ophelia yesterday as they remain without power today.

According to ESB Networks, fallen trees on overhead lines are responsible for most of the damage to the network.

In Greenhills and Walkinstown, 50 customers are affected after a fault occurred this morning before 9am.

Over 400 customers remain without power this afternoon in Blessington.

A fault also occurred in an area off the N81 this morning at 10am, leaving 13 homes without power.

A separate fault incident on Monday after 2pm left 394 homes without power.

Another 40 customers remain without power in Grange Castle after an incident before 7pm on Monday evening.

216,000 homes and businesses remain without power across Ireland.

ESB crews will be assisted by contractors and by crews from electricity utilities in Northern Ireland, Scotland, England and Wales – many of whom will travel on ferries this evening.

The state-owned electricity company said they understood the distress that their customers were in, and outlined their operation: “In many cases, crews are having difficulty gaining access to power lines as they are hampered by fallen trees and debris.

“Timber contractors are working to help us clear access routes. We are also using helicopters to patrol the high voltage lines to establish where the damage has occurred.”

“Today six helicopters, including a number from the Air Corps, will be in the air patrolling lines in the South, Midlands, West and North of the country.”

Meanwhile, Irish Water has confirmed the number of customers in the country without water supply stands at 68,000.

Elsewhere, Luas services will not resume on the Red and Green lines today and are expected to resume at 5.30am tomorrow.