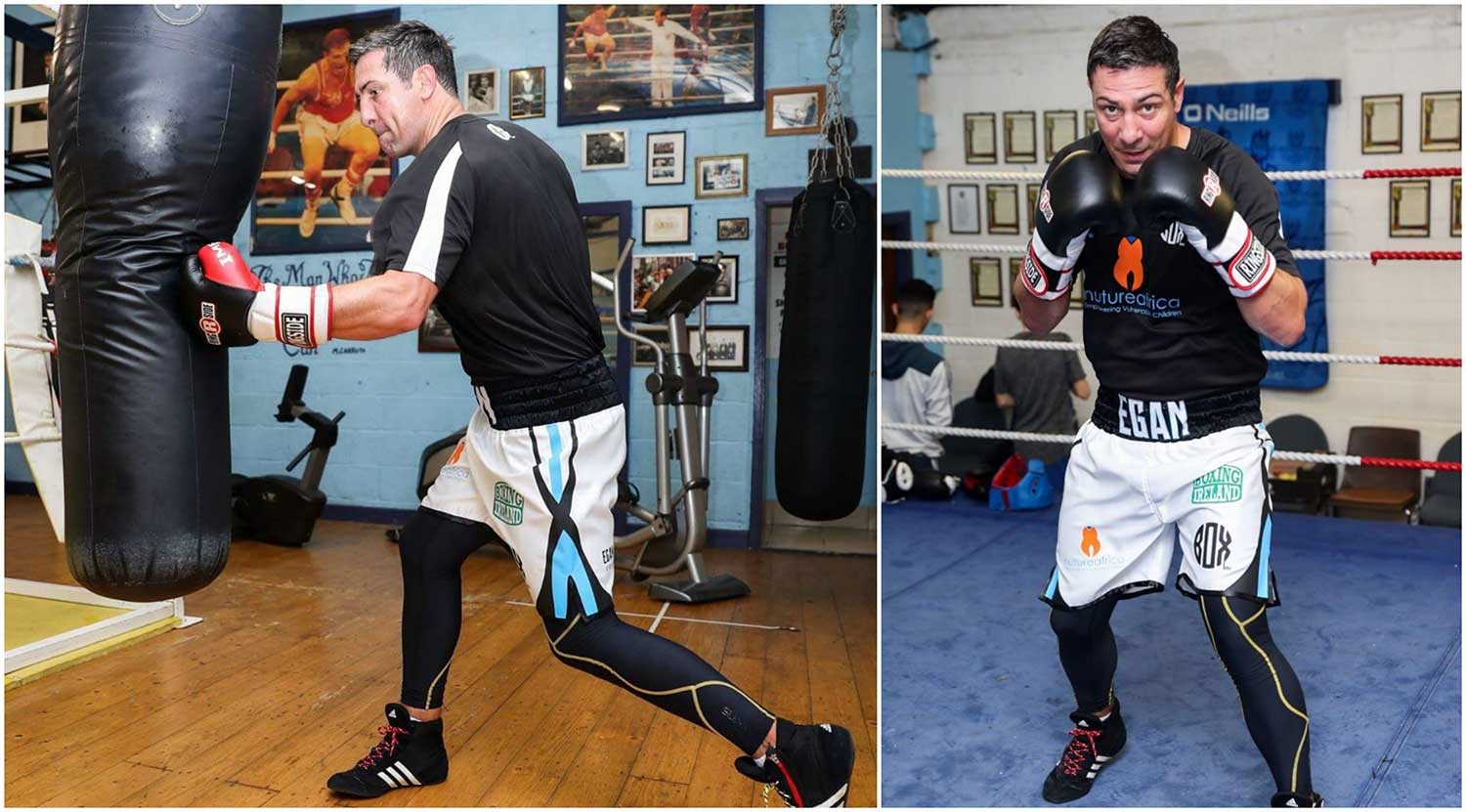 Egan set to rumble in the jungle for charity

FINE Gael councillor Kenneth Egan is set to make a dramatic return to the boxing ring for an exhibition match in Africa on October 21.

The former Irish Olympic silver medal winner, will temporarily step back from his political duties to take on local light-heavyweight boxer Joey Vegas in Uganda, for a ‘rumble in the jungle’ in aid of charity.

The event is being held to raise funds for the Nurture Africa, an Irish charity that supports healthcare and education projects in Uganda, one of the poorest countries in the world.

Cllr Egan has been over to the mid-African country with Nurture on numerous occasions to assist with previous projects, and is ready to step up, despite concerns that he hasn’t fought professionally since 2013.

“I must be mad, but it is exciting,” said Cllr Egan.

“I’m good friends with Brian Iredale, CEO of Nurture. In 2012 I boxed a local hero at a green site where the Hilton Hotel was being built, and Joey Vegas was in the crowd, so we decided that we would do an exhibition fight.”

“If you look at his record, with lots of wins and losses, he is a kind of kamikaze fighter, and goes for it everytime,” said Cllr Egan (35).

“He won’t hold back. I am a little nervous to be honest, but it’s good to have that, a target to drive me on and something to look forward to.”

The Clondalkin councillor maintains his fitness, but has had to raise his training regime in the last couple of months, to be match fit and ready to rumble.

He continued: “I usually do weights and hill-running, but nothing of the stature needed for boxing. Lately I’ve been training in Citywest Hotel, and trying to get in any sparring sessions at St Michael’s Inchicore, Drimnagh and the Colosseum. All the coaches have been very obliging.”

Cllr Egan flew out for his rumble in the jungle with Newcastle boxer Mick McGrail, with whom he is training, on October 17.

“It’s a short and sweet trip, the time difference is the exact same as here so I’ll be able to acclimatise quickly.”

McGrail is fighting on the undercard at the 4,000 seater stadium with Egan v Vegas billed as the main event.

Tickets are going for the equivalent of €1 – to provide local people with an opportunity to see the match.

All proceeds from the fight go towards Nurture’s Uganda projects.