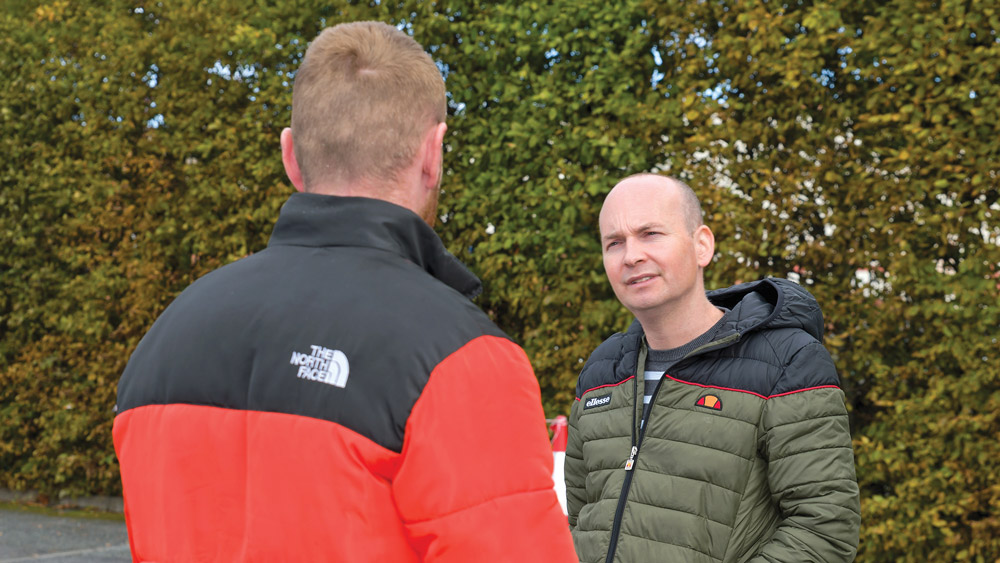 Dad (31) pleads for somewhere to live

A FATHER who has a full-time job in the pharmaceutical industry and has been hospitalised for his deteriorating mental health is pleading for somewhere to live, after becoming homeless.

Peter Ward (31) has been experiencing homelessness for the last seven months after his room rental tenancy came to an end when his landlord sold the property.

Since then, the talented football coach claims to have exchanged some 250 emails with government agencies and councils seeking a property to live in.

“I am homeless at the moment. I was renting a room in a house but then my landlord sold up, so I’ve been homeless for the past seven months,” Peter tells The Echo.

“I work full time with a pharmaceutical company and I’m a part-time football coach, with a good football career behind me.

“I’m on HAP, I’m entitled to HAP, but I was put into a hostel by the council when my landlord sold-up – it was the only place I could go.

“I was in a room of six, and they were doing drugs right in front of me and everything. Each to their own, that’s their business – but sure I don’t drink or smoke.

“I was coming back to the hostel on a Friday after work, I’d been in work all week and I had a knife put to my throat. Everything was taken off me, my clothes and everything.

“I’ve a letter off the hospital and the doctors saying I really can’t go into a hostel because of my mental health. But they’re still trying to get me to go into a hostel.”

After leaving the hostel three month’s ago, Peter began sleeping in his car which was parked up near his job and would shower in his job.

With no insurance or tax, and even no key, the car was not being driven and was simply for sleeping in but Peter claims it was confiscated by the Gardai a few months ago.

In recent months, the Jobstown native has been couch surfing as much as possible while trying to secure a long-term solution to his living situation.

Peter explained to The Echo that he is on South Dublin County Council’s homeless register and has continually failed to secure any accommodation.

“The only things keeping me going to be honest are my son, and my job.

“It’s all too much pressure, people don’t know what does be going on with me in the mornings.

“I’m struggling with anxiety and depression, struggling to even eat, but I’m getting the help and support that I need.

“I understand there is a housing crisis, but I need to have somewhere to go as well.

“When I get out of hospital I have nowhere to go, nothing to do, no one to go to. A friend said I can stay on his sofa for a few days, but that’s it, what then?

“I need anything. A room, a one-bedroom apartment, a studio – anything. I’ll go anywhere. If they were to tell me that there’s a place in Cork, I’ll take it.”

The most recent figures, released in August, show that Ireland is experiencing record homelessness with 10,805 in emergency accommodation.

That is a year-on-year increase of 2,593 people – which includes Peter.

Paul Murphy TD (People Before Profit/Solidarity) has been working with Peter to try help him find accommodation.

“This is an example of a person living in private rented accommodation on HAP being evicted into homelessness,” Paul Murphy TD tells The Echo.

“Immediately what should be done is the council should pay for emergency accommodation, i.e hotel rooms.

“However, because Peter is a single man, it’s deemed not appropriate, and he is expected to sleep in wet and cold hostels.

“The next step on from that then is to move into proper homeless accommodation, like what is across from Tallaght Hospital there.

“But this shouldn’t have been allowed to happen in the first place.

“More generally, we are in a housing crisis and when that landlord was selling up, because there were tenants there availing of HAP, the council should have bought the property.”

South Dublin County Council was contacted by The Echo on Tuesday afternoon asking to comment on the procedure around installing a person into homeless accommodation, current wait times and availability.