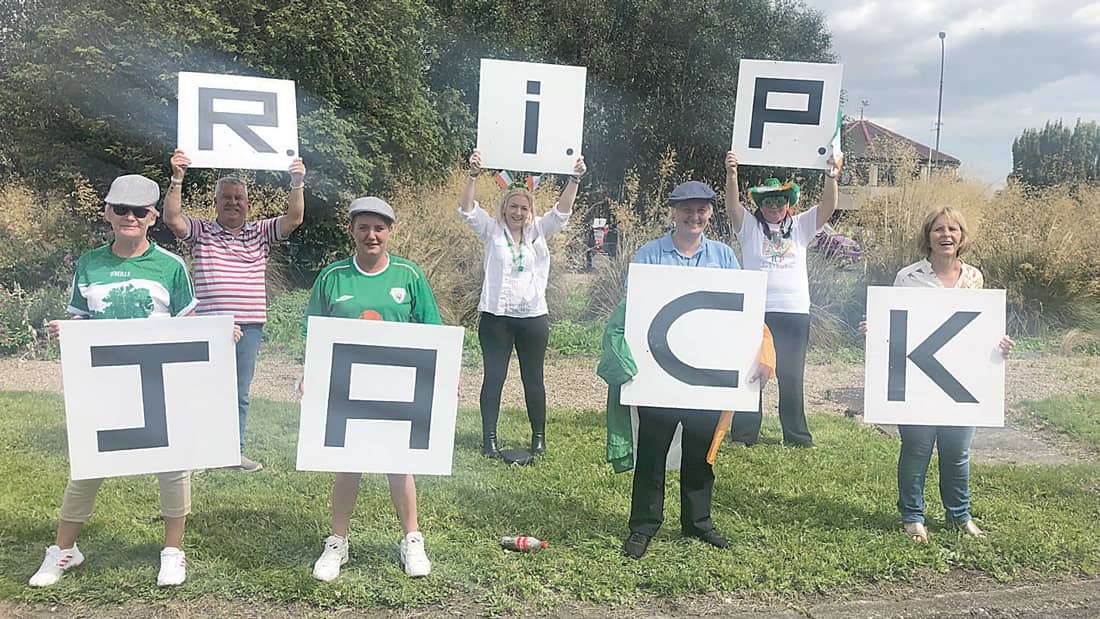 ICONIC scenes from 1990 were this week replayed at the Walkinstown roundabout in tribute to former Republic of Ireland Manager, Jack Charlton.

On Tuesday morning, Jack Charlton’s funeral took place in his hometown of Ashington in Northumberland, after the football legend passed away on July 10 at the age of 85.

People lined the streets of Ashington to remember Jack and his contribution to football, which includes a World Cup winner’s medal for England in 1966.

Jack’s enduring impact on Ireland was also remembered and celebrated on Tuesday, with radio stations right across the country playing ‘Put ‘em Under Pressure’ simultaneously at 12.30pm.

The anthem was also played out at the Walkinstown roundabout, where Ireland fans gathered on Tuesday afternoon to remember the legendary manager, who led the Republic of Ireland to their first-ever major tournament at Euro ‘88 alongside two World Cups in Italy (1990) and USA (1994).

Jack’s contribution to Irish football and the Irish people was celebrated at the landmark roundabout, where fans had famously gathered following Ireland’s historic win over Romania in Italia ‘90.

The spirit and sense of hope alive in the country 30 years ago was replayed nationwide on Tuesday, as people remembered what it was like to be part of Jackie’s Army once more.

Supporters in full voice at the Walkinstown roundabout

Jack was also remembered in Ballina, County Mayo, where he regularly fished the River Moy, while a special postmark is being applied to mail in Ireland and England until August 9 to commemorate Jack’s life.