A SURVIVOR of childhood sexual abuse is encouraging other people with similar experiences to come forward, as she says they “owe it to themselves to let their voices be heard”.

Yvonne Murphy, 45, waived her right to anonymity when her uncle, George McDonnell (62), of Tamarisk Way, Kilnamanagh, was brought before the Central Criminal Court in June 2021 and found guilty of five counts of sexual assault of a minor.

McDonnell pleaded not guilty to the offences and was supported by his immediate family during the trial.

The assaults occurred at addresses in Tallaght, Clondalkin and Kildare between 1981 and 1989, when Ms Murphy was aged between three-and-a-half and 12 years old.

Ms Murphy waived her right to anonymity so that her uncle’s offences could be brought to light, and in a bid to encourage other victims of childhood sexual abuse to come forward.

This had a detrimental effect on her mental health from a young age, and through her teenage years.

“I’d developed traits of OCD when I was very young,” said Ms Murphy. “I’d switch lights on and off to try to keep the bad things away.

“When I was four, I felt like people could tell that I was abused, that there was something wrong with me.

“When I was 16, I went from being a straight-A student, to running away from home and trying to kill myself, because I just didn’t want to be alive at that stage.”

When reading out her victim-impact statement in court, Ms Murphy recounted a time when she alleges McDonnell admitted his crimes.

“One night when I was in his house, when I was 13, I tried to make him stop so I left the room,” she recalled.

“But he admitted to the abuse. 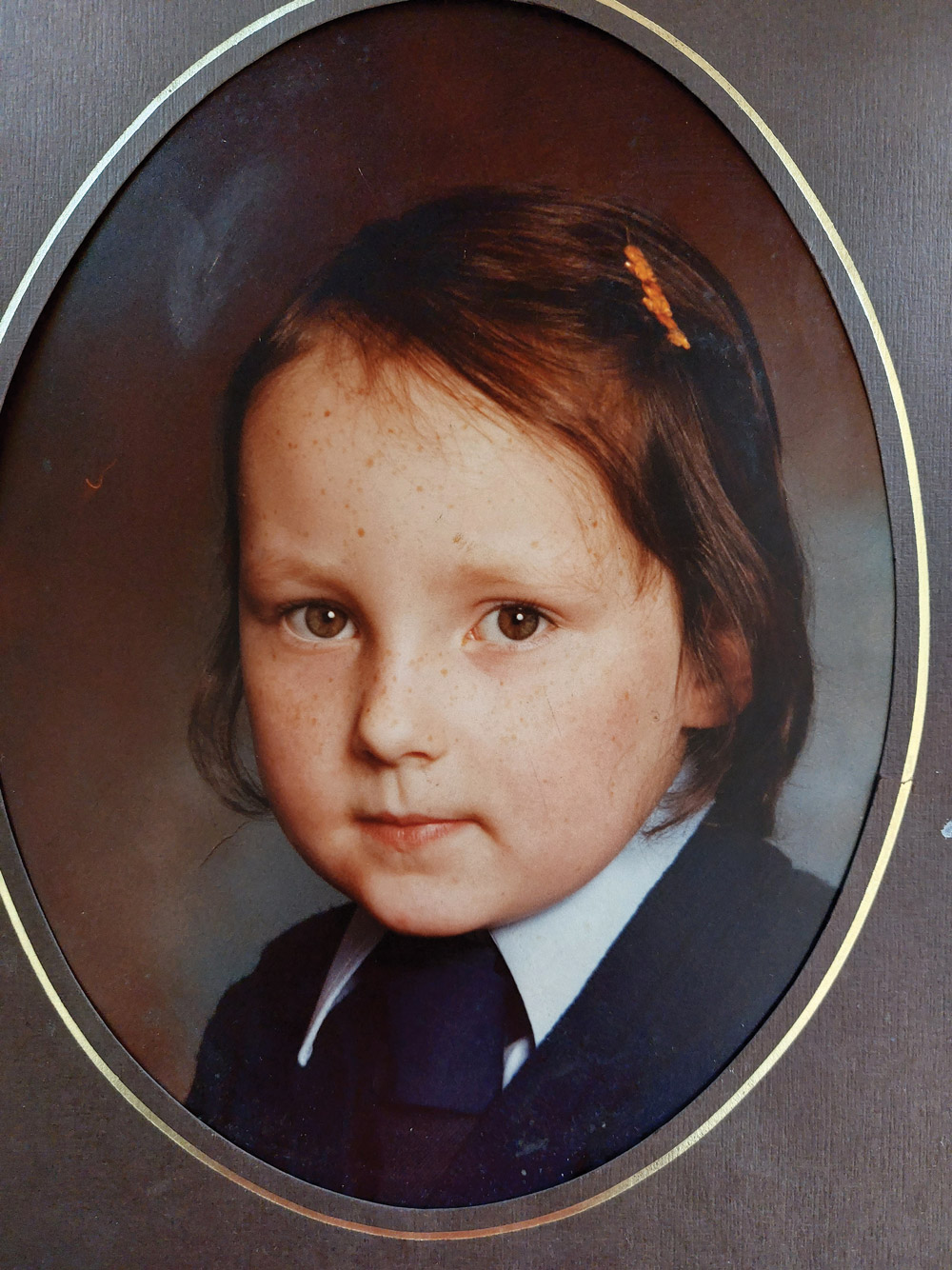 Yvonne Murphy as a child

“He apologised to me and told me what he did to me was wrong, but said that if I told people, it would destroy my family and my dad would kill him.

“What he did was so horrific and dangerous, but the words he used were true.”

Several years later, when Ms Murphy was 15, she found out her younger sister was going to Kilnamanagh to stay with her aunt and uncle, and it was at this point that she told her family what had happened to her.

“My little sister wanted to go and stay with my aunt and uncle,” Ms Murphy explained. “When she told me she was going to stay, I started screaming and crying and told her she couldn’t go.

“I would’ve been 15 at the time, she was only 11. I told her that our uncle had been doing things he shouldn’t have been doing to me and he could do it to her too.

“My parents contacted the Rape Crisis Centre and got some support for me.”

Ms Murphy began attending counselling and had the support of her immediate family, but the revelations about the offences that her uncle committed created a rift in her extended family that still exists to this day.

In 2014, after having started her own family and undergone years of counselling, Ms Murphy contacted gardaí and brought criminal proceedings against her uncle.

Explaining why she decided to bring proceedings against him at that stage, Ms Murphy said: “When you think of yourself, you don’t think of you as a child, you’re just you.

“But as each of my own children hit milestones, I began to see how innocent and vulnerable they were.

“Then I had the guilt of knowing a paedophile was free to exploit any child in his path. It was too much for me.

“I didn’t want him to have access to any other child.”

Ms Murphy said she initially feared she wouldn’t be believed, as her uncle was viewed as “an upstanding member of the community, with a very respectable job”, but with the support of the Dublin Rape Crisis Centre and her family, she brought criminal proceedings against him.

In June 2021, the case went to a relocated sitting of the Central Criminal Court in Croke Park, where McDonnell was found guilty of all five counts of sexual assault of a minor.

The following month, Judge Pauline Codd sentenced him to seven years and two months for his crimes, with the final year and eight months of the sentence suspended on conditions.

McDonnell then lodged an appeal against his conviction, which was dismissed by the Court of Appeal earlier this month. The Echo understands he is now planning to appeal his sentence.

Going to court was a harrowing experience for Ms Murphy, but she stressed that victims are supported throughout the judicial process and that a fear of going to court shouldn’t dissuade victims from coming forward.

“There was almost a human wall built around us when we were entering and leaving the court,” she explained.

“There’s a victim-support room in the court that we could go to, so you didn’t have to stand around, and the gardaí had a witness manager to make sure that we didn’t see him outside court.

“All of these things made such a huge difference.”

Initially, Ms Murphy said she felt numb when her uncle was sentenced, but over a year on she said she now feels relieved – and is speaking out about her experience to encourage other victims of childhood sexual abuse to come forward, no matter how much time has passed.

“Everybody thinks that you’re supposed to be wonderfully happy, but when he was sentenced, I just felt numb,” she recalled.

“I felt so sad for all of the people he deceived, for everyone who thought he was this wonderful man. I felt very down. It wasn’t something to be celebrated.

“But the relief that it’s over feels wonderful. Now, I’m very glad and extremely happy that he can’t hurt another child.”

When asked what she would tell other victims of childhood sexual abuse who are considering coming forward, she said: “I would tell anybody, 100 per cent, to report it.

“You’re treated with such respect, and everything is done in confidence. No one is pushed or forced into doing anything.”

Ms Murphy added that she is now in a “really good” place in her life, saying: “I’m happy and secure, and I’m in a great place where I can start to fix things that happened in the past.”

She wanted to the thank the Rape Crisis Centre in Clondalkin, the Child Protection Unit of Clondalkin Garda Station and the DPP for the support they gave her throughout the judicial process.

“It is important that other victims may see this and feel there can be justice in coming forward, even when years have passed,” said Ms Murphy.

If you’ve been affected by the issues raised in this piece, the Dublin Rape Crisis Centre can be contacted on