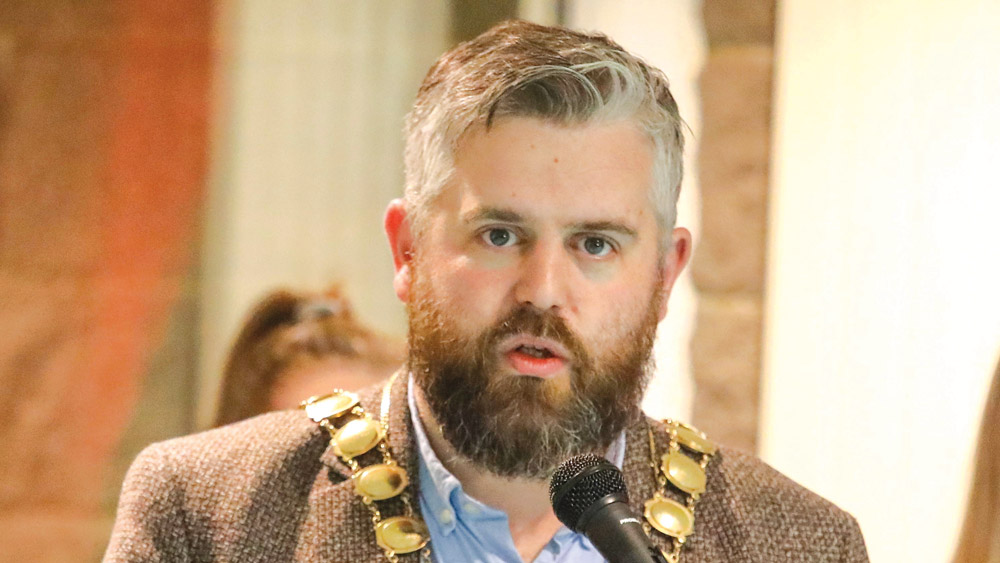 WHEN the outgoing Mayor of South Dublin County, Cllr Peter Kavanagh, began his tenure in June 2021, he was unsure of how the role would be carried out in the midst of the pandemic.

Over the course of the last 12 months, he has witnessed how the county responded to the pandemic and how society has reopened after the lengthy period of uncertainty the pandemic brought.

When asked how he felt when he received the mayoral chains last year, Mayor Kavanagh told The Echo: “I had no idea what to expect.

“We were all hopeful that we’d see an emergence of events and activities. One of my first events was with the Nigerian community in Jobstown last summer, which was brilliant.

“It went from events being held in semi-outdoor spaces while wearing masks, to being right back where we were a couple of years ago [before the pandemic]. It was amazing to get back to that.”

As for his proudest achievement during his tenure, Mayor Kavanagh said recognising the work of local volunteers was particularly fulfilling.

“I’m particularly proud of giving the Freedom of the County to community volunteers,” he said.

“It’s something I stand for and I think it’s really important for us to recognise how the work of volunteers underpins our community.

“We gave them Mayor’s Awards first, and then to top it all off, we gave them the Freedom of the County.”

In terms of the political aspect of the role, which includes chairing council meetings, Mayor Kavanagh said he aimed to foster a collaborative environment within the council chamber.

“When I became Mayor, I expected there to be a lot of admin and chairing meetings, and there certainly was, but I hoped it could be done in a spirit of collaboration, which we did do,” he said.

“A typical council budget will pass with 21 councillors for and 19 or 18 against, but the support for the budget last year was overwhelming – there were only three councillors that voted against it.

“They voted against it on a point of principle, which I’m fine with, because they played a full and active role in the budget process.”

Looking ahead, Mayor Kavanagh said he was looking forward to taking a break and returning to his role as a councillor, after he hands over the mayoral chains to the incoming mayor on Friday.

“It was an incredible privilege when I was elected as a councillor, and I’m very grateful to my council colleagues for putting their faith in me and supporting me as mayor,” he said.

“I hope I’ve repaid their faith by leading the council in a respectful and collaborative way.

“There’ll be a big part of me that will miss the job, but I’m looking forward to taking some time off and spending some time with my family and returning to being a councillor.

“It’s a lot of work, but whoever does take the chains off me on Friday, I wish them the best of luck.”