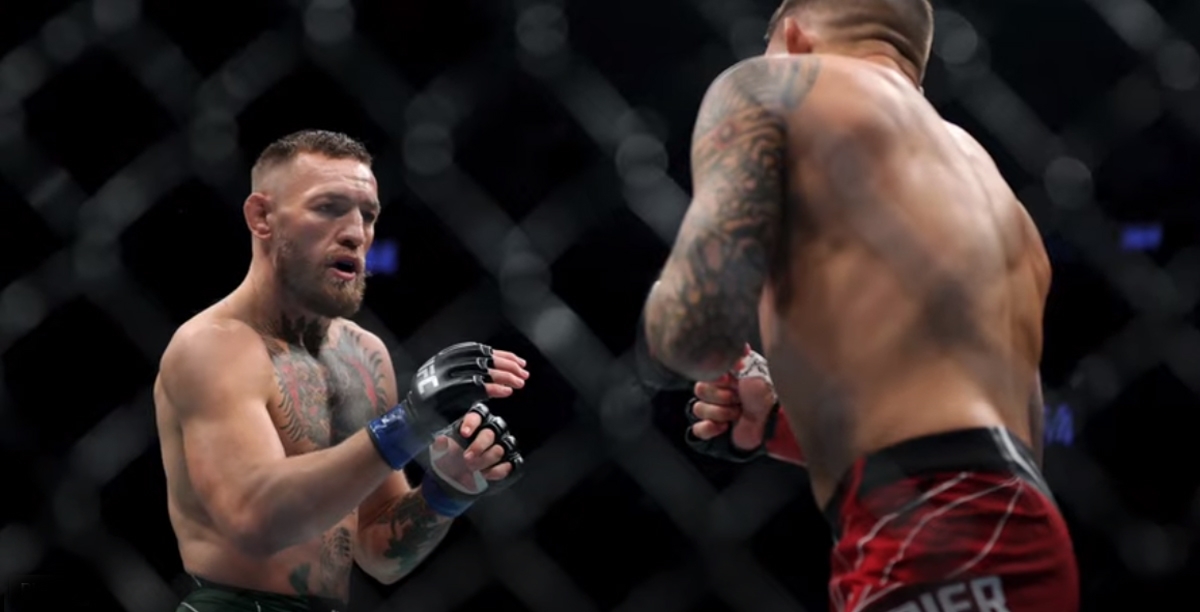 IT WAS a disappointing Saturday night in Las Vegas for Crumlin’s Conor McGregor, whose rematch with Dustin Poirier at UFC 264 was halted by a doctor’s stoppage in round one.

It was later confirmed that McGregor had broken the lower tibia in his left shin and while he battled on until the end of the opening round - having seen his leg collapse beneath him mid-bout - Poirier was awarded the fight.

This was the third meeting between the two fighters, with McGregor coming out on top of their original clash in 2014.

Poirier gained revenge when they renewed acquaintances at the Etihad Stadium in Dubai at the beginning of this year and this whetted the appetite ahead of last night’s showdown - which marked McGregor’s eighth time to fight in Nevada out of 28 mixed martial arts matches to date.

Given how their previous engagement transpired, it was little surprise that McGregor began his latest fight against Poirier with such vigorous intent.

Targeting the Louisiana native with leg kicks, he had plenty of joy during the early exchanges before his injury set-back handed the initiative to Poirier.

Taking McGregor to the canvas, Poirier sensed blood, but both fighters subsequently returned to their feet.

However, it became clear how severely restricted McGregor was and getting to the end of the round was something of a challenge for the former featherweight and lightweight double-champion.

On medical advice, the fight was ultimately stopped before the second round could get underway and McGregor was consigned to the sixth defeat of his MMA career.

This also represents his third UFC loss in four bouts since his return to the sport following his exhibition boxing match against Floyd Mayweather in August 2017.