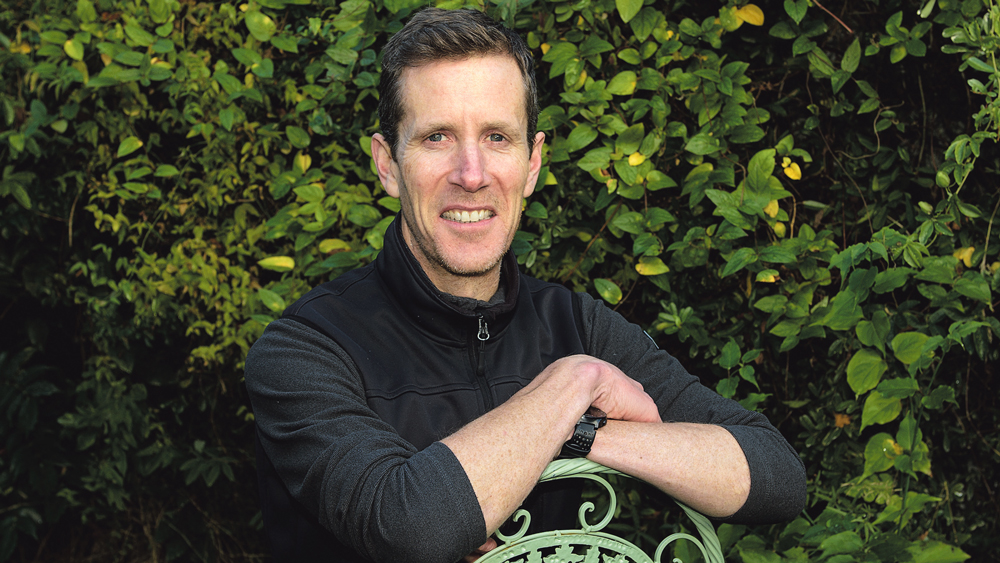 Gary Tyrrell, whose work with An Taisce includes educating young people on the greatest environmental challenge that the world has ever faced – climate change

GARY Tyrrell understands that the fight against climate change and global warming is a long and difficult one, but firmly believes that every one of us has a crucial part to play with the tools and knowledge we have.

Gary admits that he wasn’t the “most academic” in school but showed enthusiasm and curiosity about the world around him with a keen interest in subjects such as geography and says that he was encouraged by some influential people at the time who helped shape his path.

“I loved people and I loved subjects such as technical drawing, woodwork and geography, and I remember a couple of stand-out teachers like Mr Gill – I really loved his no-nonsense force of nature kind of attitude,” he said.

“I think Geography was my favourite subject and the teacher I had for leaving certificate, Mr Gallagher, was brilliant. He really opened my mind up to the world and I think that is where my confidence started to begin in finding my own voice. Up until then I was probably just ticking boxes in school, but he really encouraged us to use our own minds and voices.

“I remember myself and one of my life-long buddies Mark Murray along with a few others and Mr Gill entered a competition with An Taisce going back about 30 years. We made a full-scale model of the Bohernabreena Valley and the waterworks, and it was in the library for years afterwards, and I ended up working for An Taisce years later, it’s a very full circle moment.”

In addition to some influential teachers at Old Bawn Community School, Gary says he received his strong work ethic from his family members.

“My dad has always been a very hard worker and just looking at that spoke to me a lot,” he explained. “People can learn a lot more from what you do rather than what you say and leading by action is something I try to do. My mam is such a warm and personable person, and I would gear towards my mam in that way – I am so grateful for everything they have done for me and given to me and my sisters.” 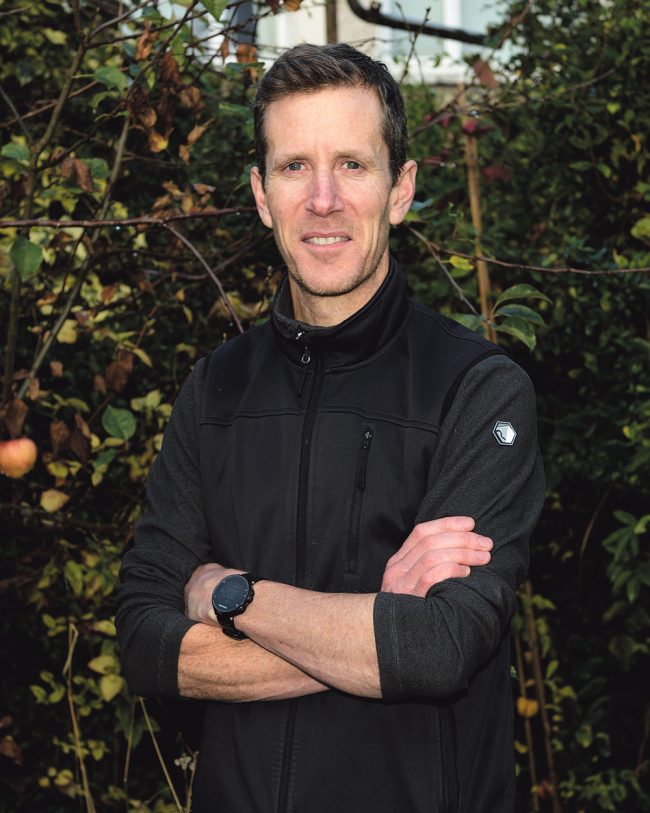 Gary’s love of nature and the environment was clear to see from a young age, as he enjoyed being a boy scout and had a big love of the outdoors.

“Without even knowing I was an environmentalist way back, I think I was,” he explained. “I think that is something that I have realised – a lot of us if not all of us are environmentalists in some way even if we do not think it. Growing up in Tallaght, I always loved hiking and cycling in the Dublin Mountains.”

After a brief stint as a postman and an apprentice metal fabricator, Gary went on to work for a tech multinational for 16 years after leaving secondary school, until an epiphany moment happened that changed the course of his life- when Al Gore’s ‘An Inconvenient Truth’ was released. The 2006 documentary film directed by Davis Guggenheim is about former United States Vice President Al Gore’s campaign to educate people about global warming.

“That blew my mind,” said Gary. “As soon as I saw that movie, I think I said there and then ‘this is what I am looking for and have been waiting for’. I cared about the environment, and I loved the outdoors, but I didn’t realise the peril that we were in. Not only did I learn so much from that movie, but I had so many questions – that is where it all began for me.”

Equipped with a curiosity and determination to find out more about these pressing issues, Gary went back to college at TU Tallaght Dublin to study environmental engineering. Achieving a first-class honours degree, Gary went on to study a master’s in environmental policy in UCD.

“That was really hard, it was by far the most challenging academic thing I have ever done, but it was also the most rewarding,” he said. “I was thinking ‘what am I doing’ all of the time, I was definitely the oldest in the class by a long shot, most of the students were in their early twenties and I was touching on 40 at the time, but I really loved it.

“It wasn’t until I was going on 40 that I realised what I wanted to do. I was definitely on the path to environmentalism, so you are never too old to learn new tricks. It is important to follow your own path. It took me a long time to find out where my interests and talents were.”

Following the completion of his master’s degree, Gary set out to find a full-time job in his field of environmentalism.

“I had some part-time jobs at the time. I was an outdoor educator up in the forest which was brilliant, but the pay and hours wasn’t great. I started lecturing then in TUD actually in the course that I studied as an undergrad, so that was fantastic– another full-circle moment. 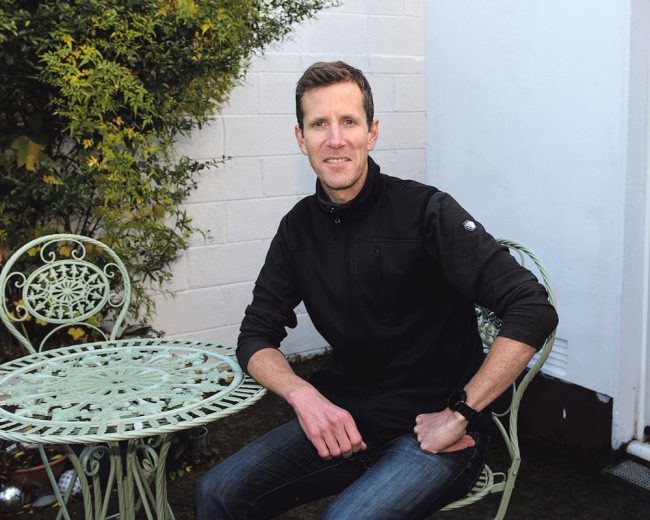 “I knew exactly what the students were going through, and I knew the importance of confidence because a lot of these engineers, they are going to be the decision makers and managers of a lot of places, but often they can be a bit shy so I would make them do presentations to give them a bit of confidence and to encourage them.

“I would always ask them their opinions on everything instead of telling them the way things were. I would suggest things and welcome any opinion that they had once they could back it up. It was the same with their papers, I didn’t want them to write what they thought I wanted to hear – that whole experience was an honour and a privilege.”

Gary landed his current job with An Taisce five years ago while he was still lecturing part-time but found the workload too much.

“I reluctantly gave up the lecturing, I suppose that is a bit of advice – to trust your instincts and listen to yourself, and if you feel like you are doing too much you need to set boundaries and to mind yourself.”

Reflecting on his long path to environmentalism, Gary says he has some important advice that he wish he could tell his younger self.

“Something I wish I knew when I was younger is that I am good enough, and I don’t mean that in an egotistical way or that I am amazing or brilliant, but I am just as good as anybody else and we are all good enough,” he explained.

“Once we are out there doing our best, we should feel as though we have as much to contribute as anybody else. No matter where you come from, no matter what you look like or what your actions are – we have just as much right and are just as equal as anybody else.”

As part of Gary’s job at An Taisce, he educates young people on the greatest environmental challenge that the world has ever faced – climate change, and how we all can make changes and steps that will contribute to the fight against the devastating affects of it.

“To put the hours in and try and enact that change is something that I am trying to do,” he explained. “I realise I have to have some patience, because this is a huge thing, stakes are high and changes are not happening quick enough, but we do have momentum.

“I am noticing more now with the next generation that is coming up that they have more confidence, and they are putting themselves out there. In An Taisce’ s Environmental Education Unit, it really is such an honour to be part of that and to see all these young people who are taking things into their own hands.

“They are not waiting for permission – they are just doing it and they are reaching out to others. We give them some training but we are just opening the door for them and then they are going out and we get to watch them grow in confidence and taking the world on using their own talents and skills – it is phenomenal.”

Gary firmly believes that if you have a passion for something – you need to go for it, and this is something he says got him to where he is now.

“It is important that you follow your dreams no matter how big they are, and don’t let anyone stand in the way. Once you find out who you are and what your interests and passions are – hold on to them.

“I am just so grateful to be part of An Taisce’ s Environmental Education Unit. It has been a long road to get here and a lot of hard work and soul searching along the way, but I know I have found my purpose, and that is the key.”

NEWER POSTMan turned to crime after addiction to crack and heroin
OLDER POSTNature on our doorsteps: Decorating trees outdoors