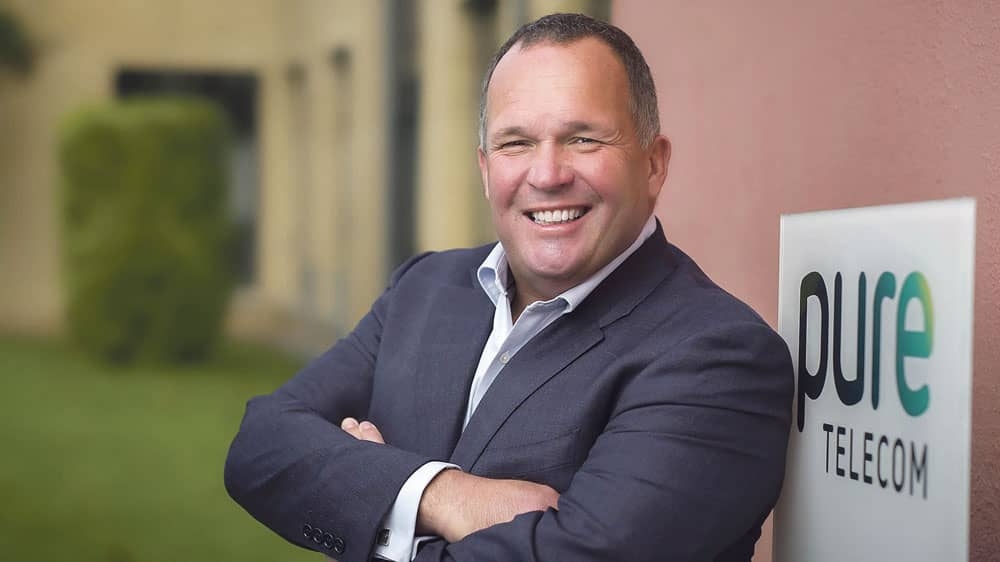 THE average volume of data downloaded by customers more than doubled between February 2020 and February 2021, according to research conducted by Citywest broadband and telecoms provider Pure Telecom.

Data illustrated that the average Pure Telecom broadband customer downloaded 555 GB worth of data in February 2021, compared to 257 GB in February 2020.

The research is based on an average monthly sample of 11,665 Irish households who are all Pure Telecom fixed line broadband customers.

The study also revealed a 345 per cent increase in the share of users who downloaded at least one Terabyte of data per month.

It also indicates a direct correlation of data download volumes with increases and reductions in Covid-19 restrictions, as well as external global events.

November 2020 was the largest single month with households downloading an average 987 GB – more than double the 479 GB downloaded on average in comparable months.

The November increase coincided with the launch of a new video games and gaming platforms, as well as the US election.

Pure Telecom also discovered year-on-year increases in data downloads for the last five years, by an average of 21 per cent each year from 2016 to 2020, spiking to a 116 per cent increase in February 2021.

Paul Connell, CEO, Pure Telecom, said: “The importance of reliable, high speed broadband has been thrust into sharp focus over the past 12 months.

“Looking at the anomaly that was November 2020, we know from research that this was driven by gamers flocking to download games for new Xbox consoles, the new PlayStation 5, as well as huge game releases from the likes of the Call of Duty games franchise. I can personally attest to an uptick in gaming downloads and 24-hour streaming of US election coverage in my household. I’m sure many of our loyal Pure Telecom subscribers experienced similar.

“It’s also very interesting to see how the easing and tightening of restrictions impacted our users’ online activity. Since the onset of the pandemic, we doubled down on our efforts to ensure that every Pure Telecom gamer, streamer, and general user received the best possible broadband speeds.

“The increase in home working and changes in entertainment patterns, as well as the stark increase in the number of users downloading more than a Terabyte of data per month, clearly illustrates the need for ultra high speed broadband, and makes the case for high performance fixed line broadband connections. Many video games, for example, have more than quadrupled in size in just a couple of years.”