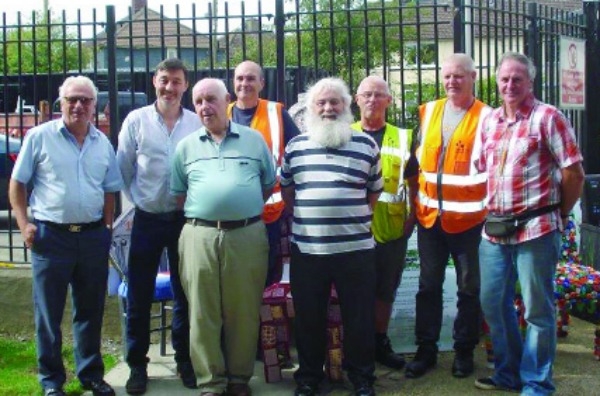 This prestigious award is an internationally recognised standard benchmark for parks and open spaces throughout the world.
These awards are judged by green space experts and are assessed using eight strict criteria, including horticultural standards, cleanliness, sustainability and community involvement.

Ballyfermot resident Henry Harding spoke of his happy childhood memories of playing in the park, and said he is extremely proud of the wonderful facility that it is today.

Both Henry Harding and Dan Canning who are the longest serving members of The Friends of the Markievicz Park Group, did the honors and raised the flag as students of St Michael’s, St Raphael’s, St Gabriel’s and De La Salle cheered on.

Also on display in the park were ‘upcycled chairs’ which were created by the students from Caritas College, Kylemore College and the Dominican campus.

The art pieces will be on display in Markievicz Park on certain days and also in Ballyfermot Library.