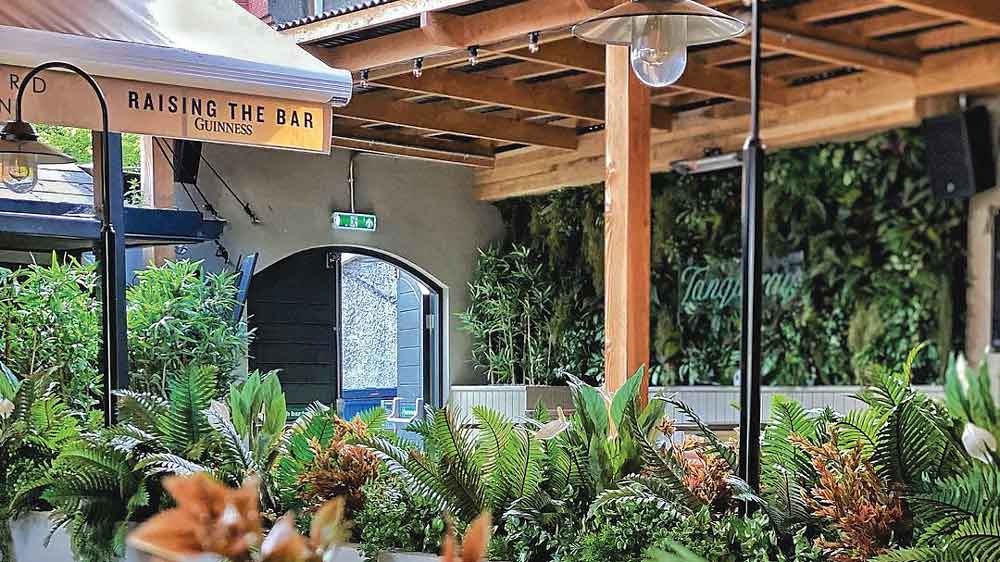 Investment in outdoor space already pays off for popular pub

INVESTMENT in their garden has already paid off for Kenny’s of Lucan – who recently won the Dublin title of Best Outdoor Space in the Irish Pub Awards.

Kenny’s are now in with a chance to win the national award for the title, but will be up against similar quality premises from six other regions in the country.

The finals for the Licenced Vintners Association (LVA) and Vintners Federation of Ireland (VFI) competition is on November 16.

Kenny’s invested significantly in their outdoor space, which is called The Graveyard Garden.

Owner Danny Kenny said it named with a “nod to its location and our local history”.

“The Garden backs onto St Finian’s graveyard, which dates from the 11th century but now stands as mostly ruins.

“Many local customers immediately picked up on the name while others who weren’t as familiar with the area required a quick explanation!

“We had these plans in place before covid, but covid made it all the more important.

“It was a big refurbishment and it opened on the June Bank Holiday weekend in 2021, when if you remember, it was only outdoors allowed at the time.”

Not only is the Graveyard Garden an outdoor area, but it is also a venue for gigs and performances, such as their hosting of the Riptide Movement a few weeks ago during Culture Night.

“The area was crying out for it,” said Danny.

“It is almost like a new business. Everything is sheltered, heating, seating up to 120.

“I don’t think people eating three course meals will be there too much during the winter, but it has worked out really well and most of the younger crowd will be happy to spend the night out there in the winter.”

Looking ahead, Danny says the garden will host events during the summer and will be planning on hosting other gigs and performances in the years ahead.

Kenny’s previously won the national title for Best Local Bar in 2018, but Danny is under no illusions as to the competition for the Best Outdoor category.

“It was nice to win the Dublin category, the awards are judged anonymously, secret visits by judges, and we submitted an application.

“It is bonus territory now, but the outdoors awards are very competitive.

“A lot of places invested massively in their businesses during covid, we are up against some amazing spaces, but it is good to be involved.”

NEWER POSTApplications sought to support projects through €100,000 fund
OLDER POSTPublican Gerry was ‘a most generous man, who helped so many people’