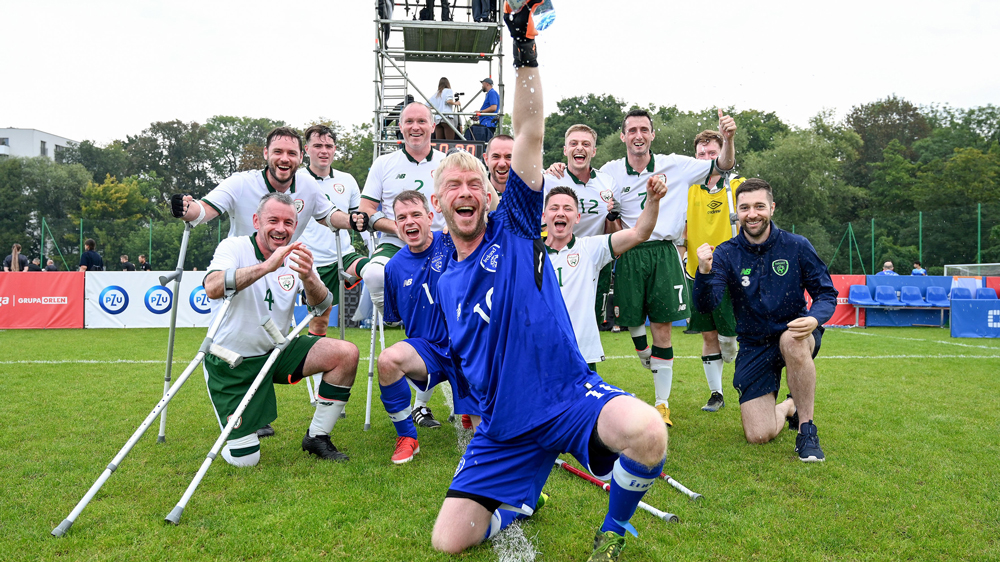 THE IRELAND Amputee International soccer team are gearing up for a clash with defending champions Turkey in the quarter final of the EAFF European Championship in Poland tomorrow.

Head Coach Christy McElligott of Shamrock Rovers has seen his side perform superbly in the group stages of the competition so far, securing their place in the last eight after two early wins over Belgium and Germany.

A hat-trick by James Boyle helped propel them to an 8-0 demolition of the former in Krakow before they dished out a 2-1 defeat to Germany, another of the Shamrock Rovers contingent Kevan O’Rourke edging them in front with his second goal of the tournament.

The Germans did restore parity before Boyle served up, what proved to be, the winner just before the break and guarantee the team a quarter final berth.

Facing a very strong Russian outfit in a battle for top spot in the group yesterday, Ireland were beaten 2-0, but can, nevertheless, draw huge confidence from their tenacious performance.

The result on Wednesday means Ireland will take on holders Turkey who topped Group D with maximum points.

Delighted with the performance of his players so far, McElligott said “We have a great bunch of lads who are working extremely hard for their country in what are challenging conditions with 26-degree heat.

“The bond between the players is so strong and we remain positive as we face up against what is one of the world’s greatest teams, Turkey.

“We will give everything we have and will implement our game plan and see where it takes us” he said.