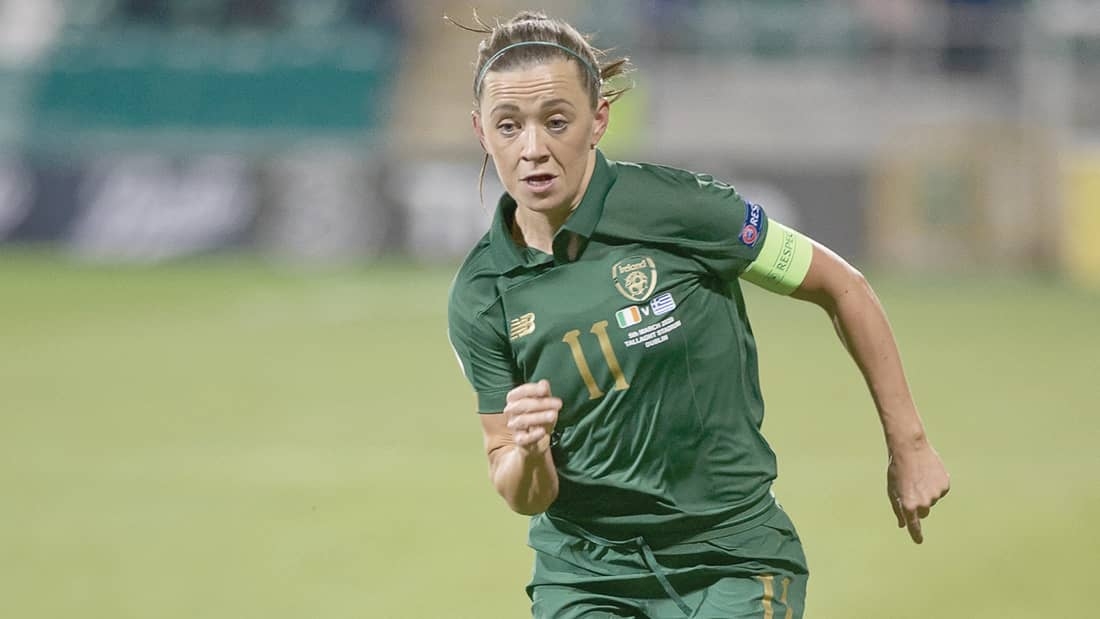 Vera Pauw’s squad which includes Kilnamanagh’s Katie McCabe and Peamount United trio Aine O’Gorman, Niamh Farrelly and goalkeeper Niamh Reid-Burke, will have to produce something special if they are to get a result here and remain top of the table.

Indeed Ireland sit just one point ahead of the Germans having played a game more and will now be facing a team that has won four from four, amassing 31 goals without shipping even one.

Certainly even holding the two-time world champions to a share of the spoils would be a massive result for Ireland who travelled to their base in Duisburg last weekend.

Saturday’s game is the first match in a tough home run for the side who will travel to Ukraine next month before welcoming Germany to Ireland at the start of December.

The nine group winners and the three best runners-up (not counting results against the sixth-placed team) qualify directly for the final tournament, while the remaining six runners-up advance to the play-offs.

Vera Pauw’s current squad, includes five home-based players while 14 of the 23 have played in the Women’s National League.