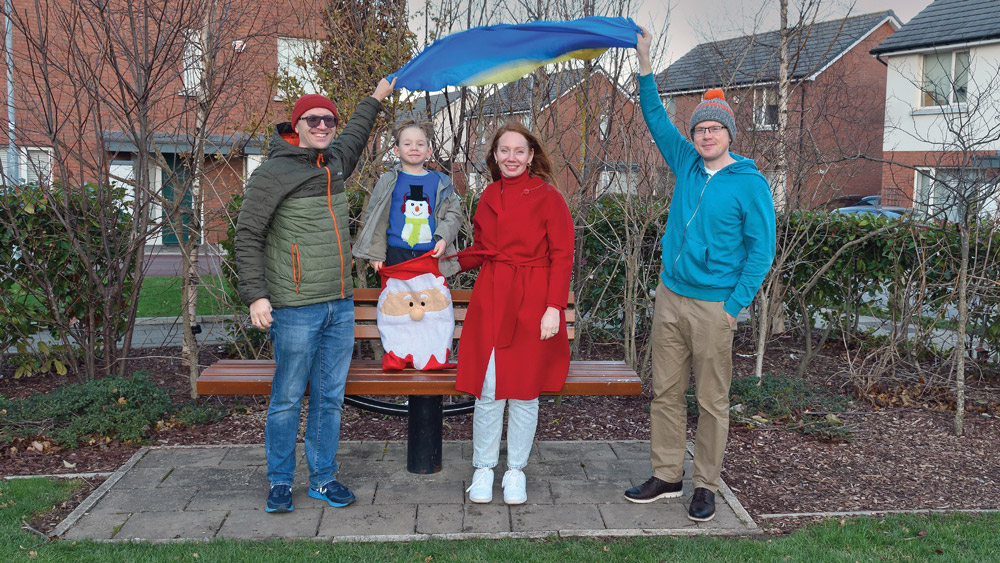 A UKRAINIAN woman in Adamstown is looking forward to spending her first Christmas in nine years with her parents, who have left the war-torn country for the festive period.

This is not the first time that Iryna Danilova has welcomed relatives from Ukraine into her Lucan home, as shortly after the war began some of her extended family moved in with her.

As reported in The Echo last March, Ms Danilova’s in-laws, two school-aged nieces and a four-month-old niece moved into the house that she shares with her husband and children.

However, last June Ms Danilova’s extended family, including her two nieces who had started attending local schools, left Ireland and moved to Poland as they struggled to find housing.

“There were ten of us in my three-bed semi in Adamstown so there was no chance we could stay like that long-term,” Ms Danilova told The Echo.

“They stayed here until the end of the school year, in June, and then moved to Poland because they couldn’t find housing here.”

While her extended family are relieved to be outside of the warzone in Ukraine, Ms Danilova’s parents, Borys Soblev, 60 and Svitlana Sobleva, 58, stayed behind to tend to their farm.

The couple run a farm in a rural area near Odesa and were determined to stay in Ukraine even as the war raged on.

In late November, Mr Soblev and Ms Sobleva came to Dublin to visit their daughter, and are planning to remain here until March, to Ms Danilova’s delight.

“They came to visit in late November and when they came over Russia had started attacking more of the electricity offices,” said Ms Danilova, who is a doctoral student in educational psychology in UCD.

“It was quite difficult when they were over there, because there were massive blackouts and there were times when they didn’t have electricity, so I couldn’t call them for days. 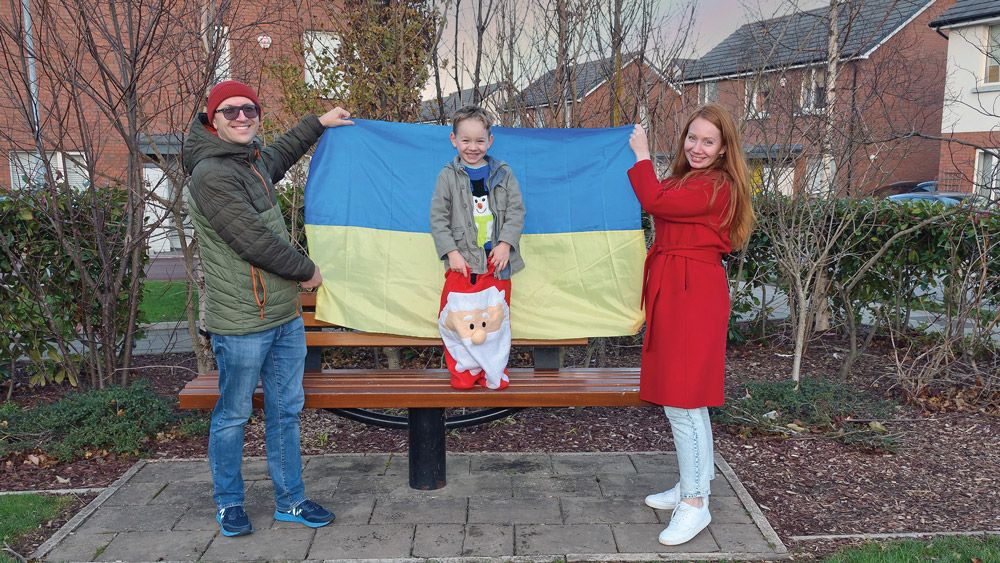 “I was constantly worrying.”

Ms Danilova added: “They have their own home in the countryside outside Odesa where they have ponds and chickens and grow crops.

“I think they might feel bored here, because they usually have things to do – there’s no firewood to be chopped here.

Ms Danilova and her husband Sergii Danilov, and their two children, Nikita and Peter, are excited to have Mr Soblev and Ms Sobleva in their home for the coming months.

But the devastation and destruction being faced by people who have remained in Ukraine is never far from their minds, and they check the news daily to see what’s happening in their home country.

While Mr Soblev and Ms Sobleva are planning to return to Ukraine in March to plant more crops on their farm, there is still some uncertainty surrounding when they can return to their home.

“If everything gets resolved and Ukraine wins, they are quite willing to go back and rebuild what they have to rebuild,” said Ms Danilova, who has previously lived in Old Bawn.

“They’re saying they want to go back in March to plant some crops because that’s usually the time of year when they’re planted.”

When asked about the Irish response to the war in Ukraine, Ms Danilova said she was heartened by the support that her relatives had received in the last ten months since the war began.

“I think the amount of support they’ve been given is extraordinary,” she

“I can see that the Government and regular people are doing so much more than I could’ve imagined. I’m so grateful for it.”