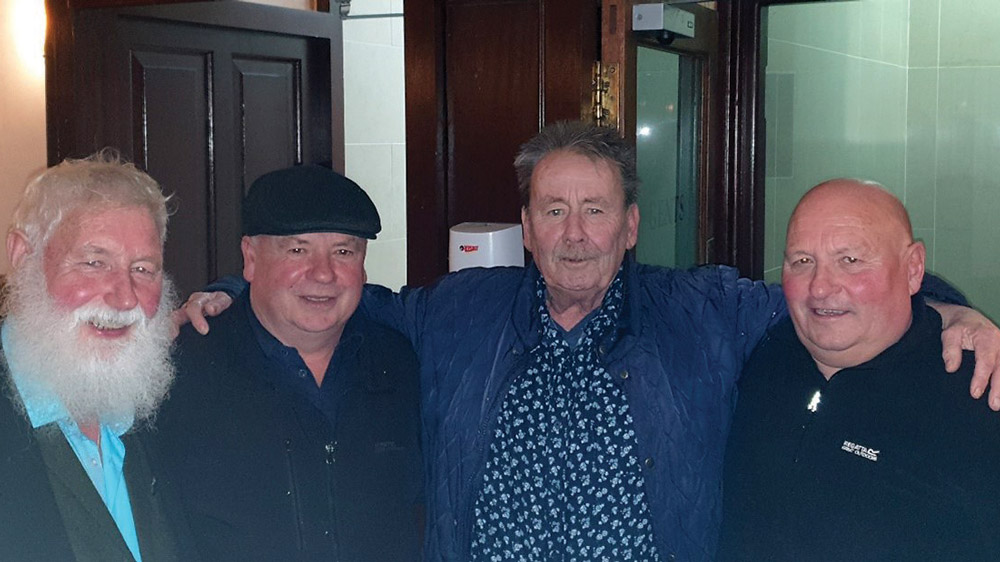 At Aherns Pub last Friday, December 16, they were joined by over 130 of their fellow council workers from many of the different council depots to wish them well and share stories from the battlefield.

Public realm workers play a vital role throughout the year in maintaining communities, with their massive work at Halloween a major success in recent years, not to mention keeping the roads safe and accessible during frost, snow and ice.

“Because of Covid, they couldn’t meet up to properly celebrate, but they were able to do it last week,” said Gregory.

“Each of them has more than 40 years service in the public realm. Three of the four arrived into public realm from the bins, which used to be in public realm.