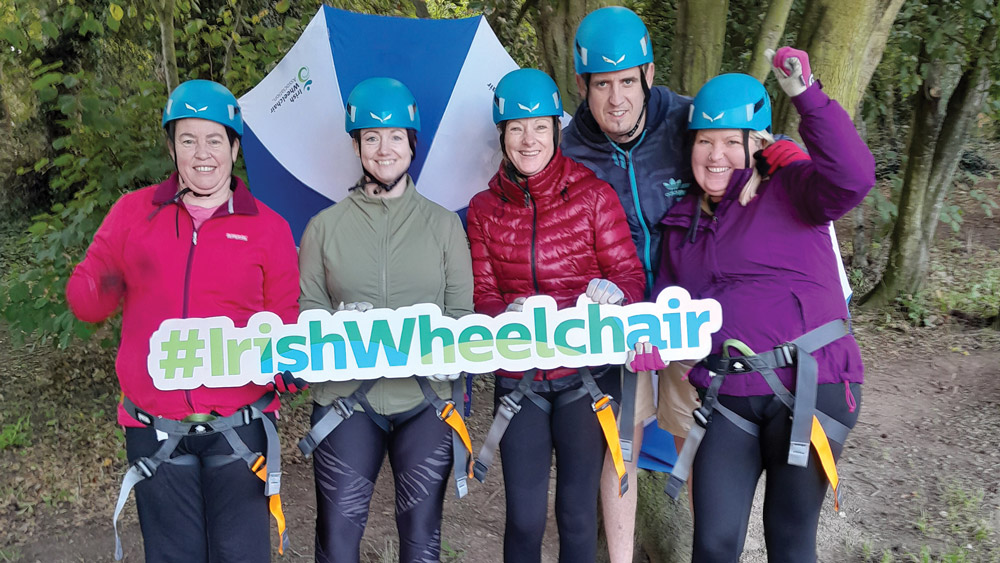 STAFF of the Irish Wheelchair Association in Lucan abseiled 120 feet off the sheer rock face of Dalkey quarry and raised €2,500 in funds to help with the delivery of support and care services, reports Hayden Moore.

Six brave staff members from the Lucan branch of the IWA showed the chutzpah to strap themselves in and navigate the descent.

Joanne Jago, Sharon Doherty, Diane Mahon, Nina O’Connor, Alison Farrington, and Robert Mahon were among 60 participants, some of whom were wheelchair users, to complete the abseil.

Deemed a “massive success” by IWA Service Coordinator in the Lucan Day Centre, Sharon Doherty, the local bunch contributed €2,500 raised through fundraising to the overall total.

There was an initial overall target of €10k, with the three teams blowing that out of the water to raise some €14,200 through iDonate.

According to the IWA, it needs to raise over €3m per year to ensure that it can deliver support and care in homes and communities of over 4000 people with physical disabilities.

In Lucan, they have a core member group of around 60 people which avail of its day services and the school leavers activities each week.

On the ground, the IWA provides member transport, training, and outreach programmes on top of their day services and school leaver activities.

The iDonate page will remain open for another few weeks, with donations able to be made HERE.