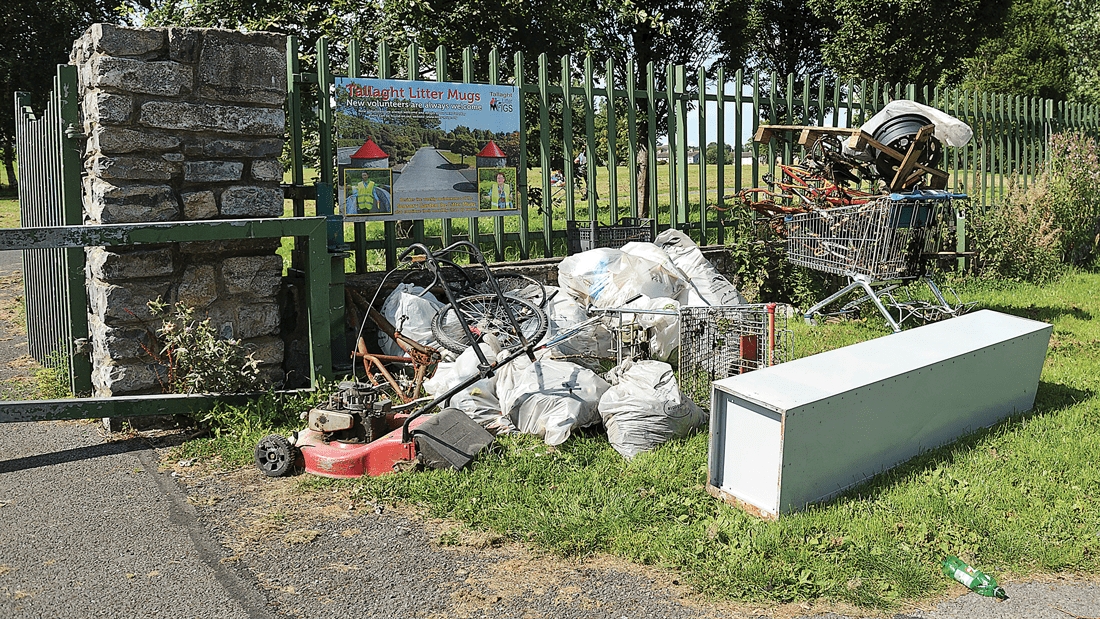 Issues with graffiti and litter are of ‘great concern’

ISSUES with graffiti and littering are of “great concern” to the residents of South Dublin County, according to a local councillor.

Fianna Fáil councillor Charlie O’Connor said he regularly receives calls from concerned residents about litter issues, and recently a number of people have contacted him about graffiti in the area.

Some of the litter cleared by Tallaght Litter mugs

Cllr O’Connor brought the issue to the attention of South Dublin County Council at Monday’s monthly council meeting, stating that it is “of great concern to communities throughout our county”.

Cllr O’Connor said that graffiti and illegal dumping are persistent issues in the locality.

“I remain concerned about these issues. I get lots of calls about graffiti,” Cllr O’Connor told The Echo.

“We need to keep the battle up, because graffiti and dumping is offensive to communities and people don’t like to see it happening.

“It’s important that we keep the pressure on about this.”

The council recently adopted the South Dublin County Council Litter Management Plan 2020-2022, the purpose of which is “to address the negative impact of litter on our county, improve the quality of life and sense of wellbeing of our residents and enhance our commercial and tourism potential”, according to the council.

In a statement during the council meeting, a council spokesperson said: “Up to the end of September, the Litter Warden Service has responded to 2,846 reports, received through customer care, Fix Your Street and members reps, of littering and illegal dumping, including 159 reports related to graffiti.

“Each of these reports was investigated and appropriate action taken. During this period 244 fines and notices were issued.”

The local authority noted that the Tallaght area received praise in an Irish Businesses Against Litter (IBAL) report this year for significantly improving its ranking in relation to the removal of litter over the years.