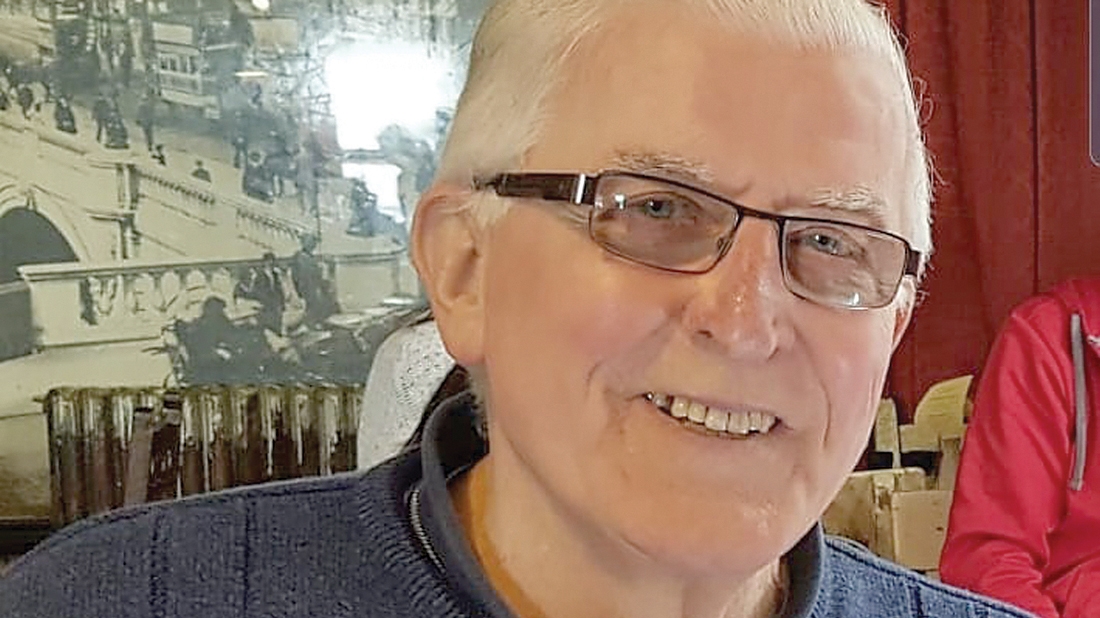 ON MONDAY, Maurice O’Reilly (79) was cremated in Newlands Cemetery. His family were not allowed to see him for the last three weeks and could not touch his body on Monday as the coffin was closed.

Funerals, such an integral part of Irish society have changed irrevocably during this pandemic – no reposing’s, no large gatherings, the opportunity to grieve restricted.

Latest government guidelines announced on Tuesday are that numbers in a church or at a graveside should not exceed 10 people.

Tallaght grandfather Maurice was one of the first people in Ireland suspected of contracting Covid-19.

Following this, he was put on lockdown by health authorities, even during his 79th birthday.

His wife Anne and three kids couldn’t see him at Millbrook Manor Nursing Home, nor when he was admitted to Tallaght Hospital.

Monday was the first time immediate family members were allowed in the vicinity of his body – for less than 10 minutes at a ceremony where an undertaker said a couple of prayers.

It is impossible to put into words how traumatic this is for the O’Reilly’s, and it is an appalling vista facing other families due to the strict health regulations in place and a lack of available priests.

“It is still a bit unbelievable,” said Stuart O’Reilly, the youngest of Maurice’s three children.

“It is hard not to have a wake and not to touch him. Only five of us were allowed to the cremation. We saw the coffin for 7/8 minutes. It’s not fair.

“That’s not the man he was. We have received hundreds of messages from people, everyone said he was a person who was good fun.”

The Echo understands Old Bawn resident Maurice had early stage dementia, but he was still lucid and in good form prior to three weeks ago.

A cremation was organised for Maurice because no priest was available.

This is set to be a significant issue in the weeks and months ahead as most priests are over 70 and considered at risk from the virus.

Fr Pat McKinley, parish priest of Jobstown, Springfield and Brookfield, sent out a letter to priests, deacons and laypeople in Tallaght, calling for all to be available for funeral services.

“We have about 15/16 priests in ten parishes across Tallaght, a big spread, and 10 are out of action – most are over the age of 70 and have underlying conditions.

“The big fear is that a lot of funerals are coming in, and those of us who remain standing will do it.”

Fr McKinley says this crisis might be the right time to “normalise” laypeople saying prayers at a funeral service.

“It makes sense to come up with a system. People have been very respectful during this time. For a funeral last week, we usually have 200 in the church but there was only 10/20. Neighbours stood outside on the grass social distancing.

“Traditionally, funeral goes hand in hand with Mass but there is no rule that they have to go together. Laypeople can say prayers. Generally people are grateful to have any kind of service.”

“I am one of the few lucky, or you could say unlucky ones, to be able to cover other parishes,” said Fr Michael.

“The main thing is to try and stay open and we are open. I had a call from someone who thought they can’t have a funeral, that’s what they picked up. It is different in different dioceses, and graveyards and cremations have their own restrictions, but it is very confusing for people.

“We are getting good direction from the Archdiocese of Dublin but funerals are a very emotional time, and people are deprived of the support from family and friends.”

The Glasnevin Trust told The Echo their cemeteries and cremations remain open, including Newlands, Goldenbridge, Palmerstown.

According to health authorities, Covid stays alive in a body when it is moved around and remains are wrapped in a double body bag in a closed coffin.

Meanwhile, the undertaker industry as a whole has had to make massive changes.

The Irish Association of Funeral Directors, who handle almost 80 per cent of funerals in the country, say they have to adhere to guidelines from health authorities.

In a letter on March 27, IAFD President Robert Flanagan said HSE guidelines advise social distancing must be maintained at funerals with a maximum of 10 people with no handshaking or hugging.

Public advertisement of a funeral and the book of condolences are discouraged at this time.

Speaking on behalf of IAFD, Colm Kieran said the “protection of bereaved families, the public and our staff is our greatest concern.”

Local funeral directors such as Brian McElroy said the current climate is “horrendous” but wanted the IAFD to represent “one voice at a moment that is too delicate a situation.”

Lisa Gahan, Manager of Stafford Funeral Homes in Ballyfermot said they were trying to think of ways to help people with the process.

“People have to grieve,” said Lisa.

“One thing we are doing is a web-cam facility in our premises, which is big enough to host five to six people at a social distance. To offer people something afterwards. Down the line, when all this is over, we will have memorial services to celebrate their lives.”

For Stuart O’Reilly, there was a “small bit of closure” on Monday at Newlands, but he takes solace from the hundreds of messages of support for Maurice and the hope that things will improve soon.

Maurice O’Reilly passed away on March 26.