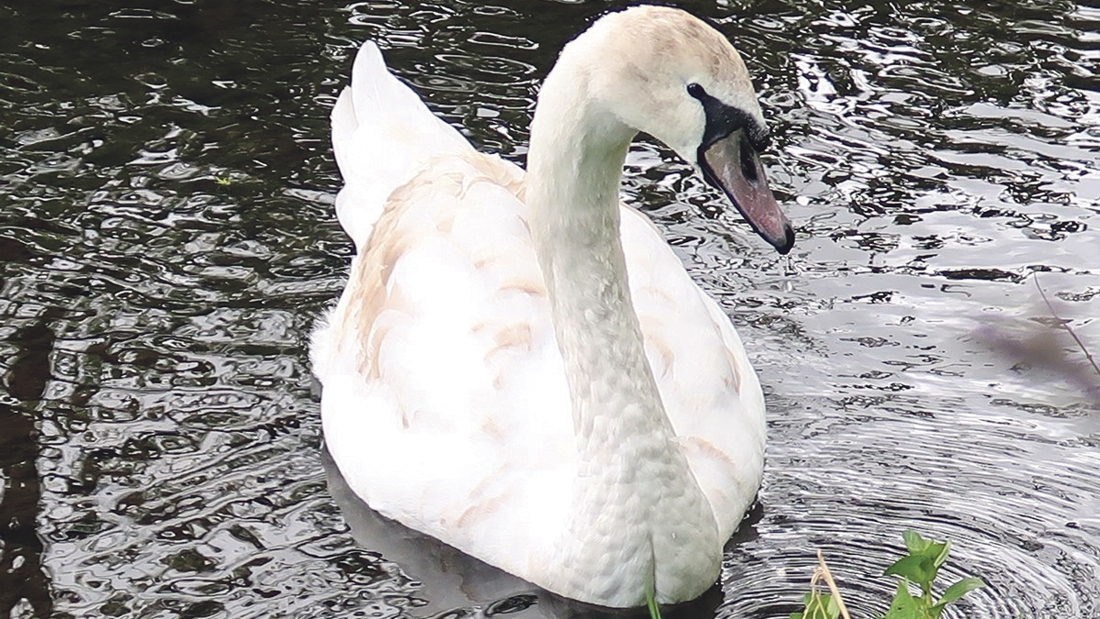 AFTER a year of being cared for by members of the local community, the orphaned cygnet in Tymon Park has finally been given a name, after a vet determined this week that Tallaght’s most famous feathered citizen is a girl.

Last year, a cygnet was left alone on the main pond in Tymon Park after its siblings died and its parents left the area.

Called CBZA (the swan’s tag number), the little cygnet survived the winter alone on the pond, with the help of two old geese and park users – who took it upon themselves to feed the young bird.

For the past year, the swan’s gender has been unknown.

However, after sustaining an injury earlier this week CBZA was brought to a vet – who confirmed that the little swan is female.

The Echo can now reveal that after a lot of deliberation, those who look after the little swan, have together decided to call her Fionnuala – after the girl child in the Children of Lir story.

Alongside the council’s parks department, members of the community, many of whom are linked in with a new group called Friends of Tymon Park, have been caring for Fionnuala.

Brian MacCormaic, a member of Friends of Tymon Park, told The Echo: “Fionnuala survived the winter alone on the pond, with the help of two cranky old geese (called Statler and Waldorf of the Muppets) and the park users who took great care to feed her.

“Because she doesn’t have parents to teach her, Fionnuala never learned to fly, and it’s unsure if she ever will.

“I though flying would come naturally to her, but seemingly not.”

He added: “Last Saturday or Sunday she was injured and taken away to a sanctuary, where she is now recovering.”

The park community is now waiting to hear if Fionnuala will be back to the pond.

A new swan family has recently moved onto the pond with six chicks, with the park community hopeful that if Fionnuala returns the new family will take her under their wing.

A new group called Friends of Tymon Park has been established and alongside caring for the park’s wildlife, members hold monthly clean-ups – with support from South Dublin County Council.

The group meets at 10am on the last Saturday of every month at both ends of the park, Rangers Office Tymon Lane and the car park in Limekiln.