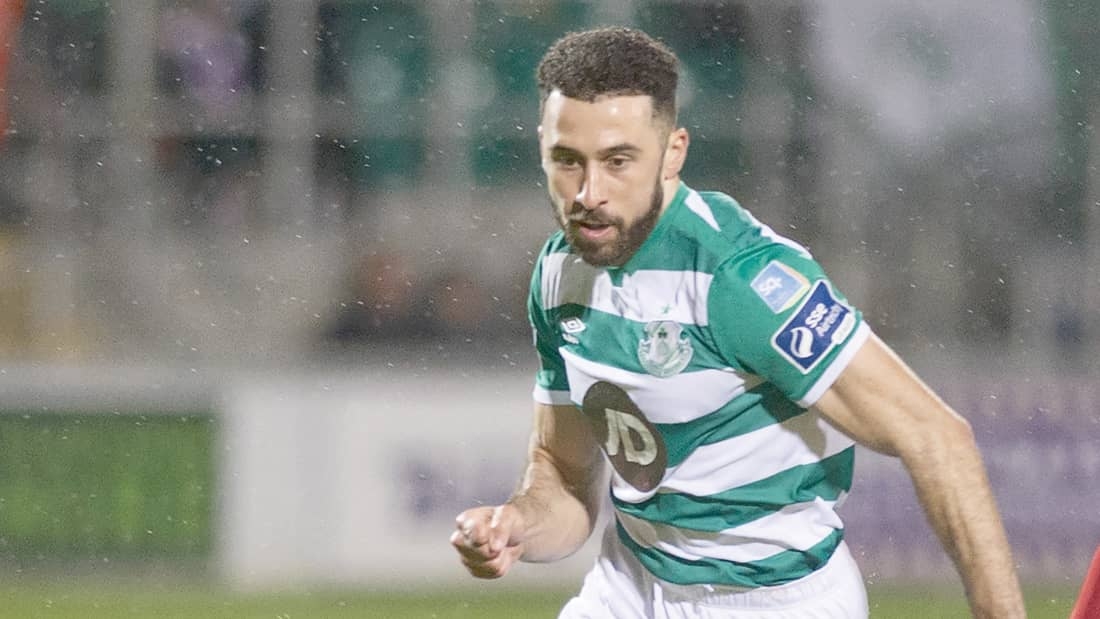 ROBERTO Lopes is not too concerned with the shortage of goals Shamrock Rovers have suffered in recent games as they turn their attention to the Europa League and tonight’s clash with Finnish side Ilves Tampere.

The Hoops defender accounted for the last goal scored by his side in the Premier Division when they fought back from behind to beat Derry City 2-1 in the Brandywell on August 9.

Since then Stephen Bradley’s team have drawn blanks in two scoreless draws against Dublin rivals St Patrick’s Athletic and Shelbourne allowing Bohemians to close to within two points of them at the top of the table.

“I’m not too worried that we haven’t scored in the last couple of games” Lopes told The Echo.

“Obviously those two results were disappointing because we felt we played really well in those matches and we did the right things and that’s what we’re really taking from those games.

“I feel it’s only a matter of time before the goals come again. We have top quality players there who can do that.

“I wouldn’t look at this game [against Ilves] as a break from the league. I see it as a great occasion. European games are brilliant experiences and we’re just looking forward to getting out there and hopefully getting the win.

“In those games last year our fans were brilliant and it was great for Tallaght. It was a great spectacle for the Irish teams in Europe.”

Lopes is hoping that Rovers can make the most of any advantage that playing the Finns in Tallaght will afford them.

“There’ll be no travel and the added problems of time difference and recovery from travelling” he pointed out.

“We’re not going into that bit of the unknown so we’ve just got to make the most of playing a home and we know that all our supporters at home will be cheering us on” he added.

And the Rovers defender is not getting too caught up in comparisons of the two sides.

“We’ve watched some videos and we know that they can really hurt us if we underestimate them in any way.

“We’ve got to play at our best and hopefully get through. That would be a big boost for the team for the games ahead in the league, but I don’t want to look too far ahead.

“This is a big match and we want to get out there and enjoy it.”