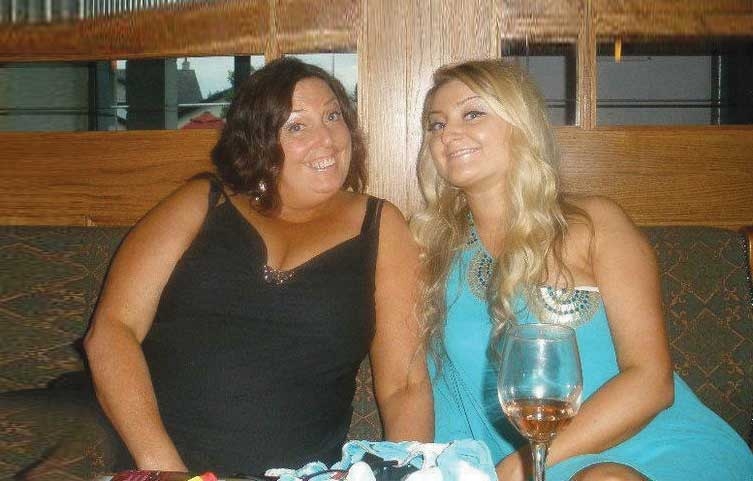 THE daughter of a Tallaght woman who is one of the 18 women who died after receiving incorrect smear test results has stressed the importance of cervical cancer screening – and the need for the HSE to urgently bring in changes that will instill confidence in the service.

Last week, Grace Rattigan learned that her mam Catherine Reck was one of the women affected by the CervicalCheck controversy, after her routine smear results were incorrectly reported.

“Faith in CervicalCheck has been completely destroyed and I hope that they can fix that fast... and bring in changes and more assurances, measures that will make people feel confident in the system,” Grace said.

According to a statement released by the family, Catherine, who lived in Aylesbury, was told that she had ‘low grade abnormalities’ following  a routine smear test in November 2010.

The mother-of-three was advised to wait six months and to return for a retest.

However, she began to experience irregular bleeding shortly after and visited her GP in April 2011.

Catherine’s GP wrote to CervicalCheck in Tallaght Hospital to say that Catherine needed to be seen, however she did not receive an appointment for a colposcopy until August 2011.

According to the family, Catherine was then sent for a biopsy, which confirmed she had Stage 3 Cervical Cancer – with the mother-of-three passing away eight months later on 13 April 2012 at the age of 48.

“The audit of cervical tests has uncovered that the smear Catherine received in November 2010 was incorrectly reported,” the family has stated.

“We have now been informed that had this been reported correctly the colposcopy would have been requested immediately and would have been conducted no later than January 2011.

“As a result of this discrepancy, the colposcopy was not carried out until August 2011….seven months later.”

Speaking with The Echo this week, Catherine’s daughter Grace said: “We’re angry and numb, we’ve been brought back to the start of a very difficult grieving process.

“We don’t know how to deal with this.

“I don’t want to to even let myself think about whether my mam would have been at my wedding or met my little girl Rebecca if there wasn’t a seven month delay.

“When I think of everything I’ve processed over the past six years, nothing is the same.”

Grace, who promoted CervicalCheck online and through her blog for a year-and-a-half, stressed the importance of women continuing to go for smears – and the urgent need for the HSE to bring in changes that will instill confidence in the screening service.

“It’s terrible to think about the fear that has been put in women right across the country and the damage done to CervicalCheck,” Grace said.

Grace and her family have also raised issues with Tallaght Hospital and how they were treated when they arrived last week to be told of the discrepanices in Catherine’s results.

According to the family there was a lack of understanding from staff members, no private room available and questions around why Tallaght Hospital did not contact the family when they were made aware of the results in 2016.

When contacted by The Echo, a spokesperson for Tallaght Hospital said: “The Hospital has been in further contact with Mr Reck this week and has formally apologised for the additional distress caused by the circumstances in which he and his family were advised of the cervical smear discrepancies following a cervical check audit.

“The Hospital has taken on board the family’s feedback with regard to an appropriate location for such meetings.”

When asked why Tallaght Hospital did not contact the family in 2016, the spokesperson said: “In relation to the management of the audit results, the Hospital was following the Cervical Check national guidance that was issued at that time.”

Currently, Grace and her family are “in limbo”, with no communication from the HSE at the time of The Echo going to print on Wednesday.

“For the moment we’ve just been left waiting, waiting in limbo”, Grace said.

“We haven’t heard anything since we were told last week, and at the moment the only way we’re going to hear any updates is from the radio or online.

“We just hope that there is some accountability, we want things to change and for this to never happen again to another family.”