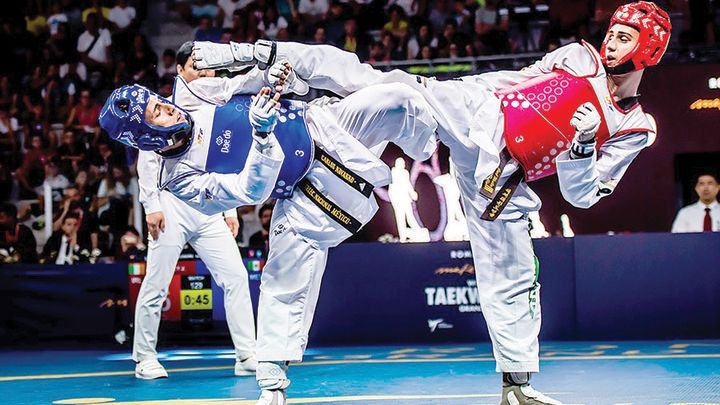 With the IOC today confirming that the Olympic and Paralympic Games will be postponed to a date beyond 2020, but not later than the summer of 2021 due to the threat posed by the Coronavirus pandemic, top athletes across the globe are now faced with the challenge of making huge alterations to their plans.

Yet it is a challenge that Woolley, Ireland’s first ever Taekwondo athlete to qualify for the Olympics, will meet head on.

“Everything is business as usual from our preparations perspective” insisted South Dublin Taekwondo Coach Taaffe.

“We have remained calm and focused while there was a lot of noise out there on social media.

“If elite athletes focus on the media, it diminishes their sporting potential. We won’t let any distractions come into our training as the smallest margins can be detrimental to performance.

“Jack trains hard, we have our own facility to train in, Jack practically lives there, so, he, in many respects, ‘home-trains’ anyway. Nothing has changed in what we are doing or would have been doing.

“Jack is an elite athlete, with an elite mind-set and, in my opinion, any such high performers are masters at overcoming adversity and triumphing under strenuous situations.

“If the goal posts are moved, they are moved for everyone. Whatever advice from the professionals is given, we will follow it and are ready to kick as soon as we are called upon” he told The Echo.

Woolley, himself, echoed these sentiments when posting on social media “Stay focused on your goals no matter what life throws at you. It’s time to get faster, stronger and better.”

The Tallaght man has enjoyed a phenomenal start to 2020, winning gold in both the US and Sofia Opens and taking the ‘Male Player of the Tournament’ Award at the former in Orlando.

An unforgettable 2019 culminated in him both clinching Olympic qualification and scooping ‘The Echo 2019 Sports Star of the Year’ Award in December.