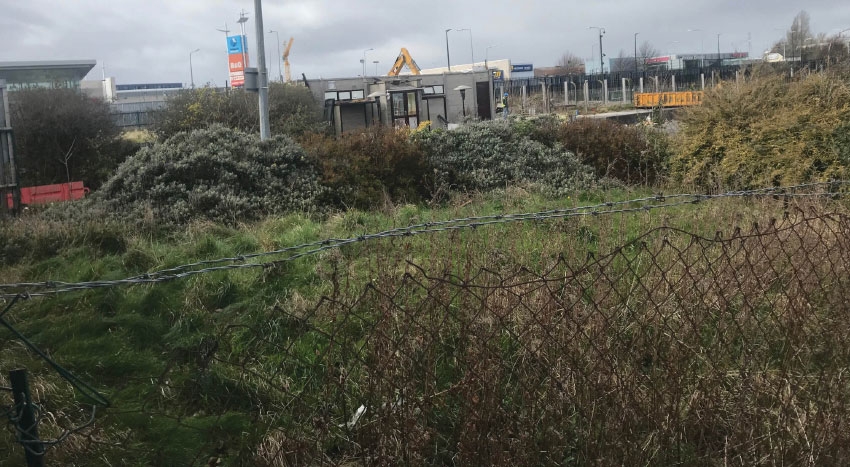 CONSTRUCTION crews have this week started to demolish the former Jacob’s Irish Biscuits Social Club, which is being levelled to pave the way for Amazon’s developments in the area, reports Mary Dennehy.

The Jacob’s Irish Biscuits Social Club, which is an intrinsic part of the history of Tallaght and its surrounding communities, was established in 1980, shortly after Jacob’s moved out to Tallaght from Bishop Street in the late seventies.

Demolition work on site this week

Over the years, the club, which has ceased operating, played an important role in the social landscape of the area, with most people living locally having some link to the social club either through family, friends or neighbours.

After the online retail giant bought the site of the former Jacob’s factory in 2015, Amazon entered into discussions with the club about its building on the grounds of the factory.

As reported in The Echo, Jacob’s Social Club received €400,000 from Amazon when members handed their Belgard Road building over to the tech giant in 2017 – with generous club members leaving an incredible legacy behind by donating all of the money received to two children’s charities.

With around 1,000 members remaining, the club, in an amazing act of giving, voted-in-favour of dividing the €400k between two charities, the National Children’s Hospital at Tallaght and the LauraLynn Children’s Hospice.

While the bricks of the social club may be knocked, the spirit and camaraderie of its members will live on in the community through its charitable donations.