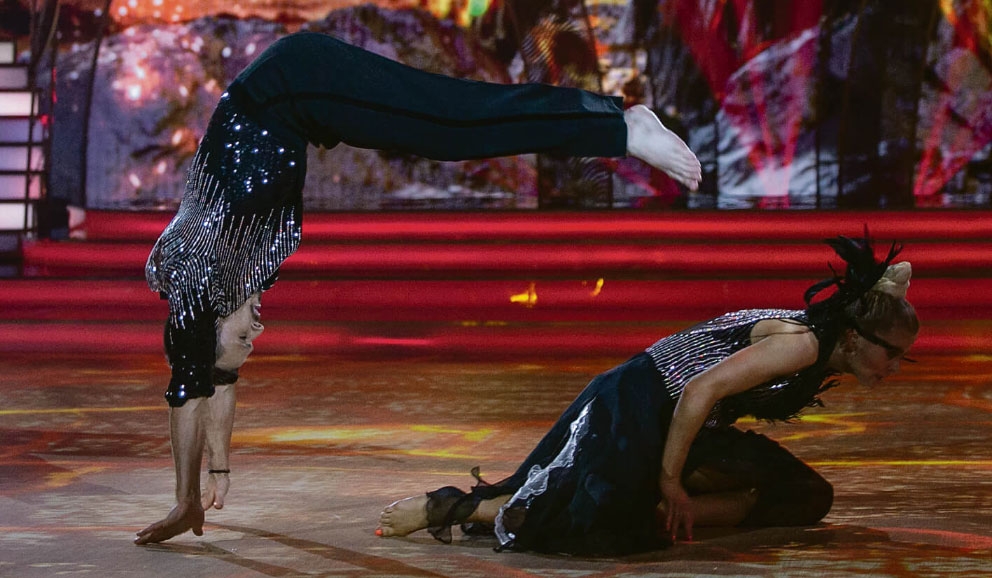 Johnny’s dance ‘could have been in a Bond film’

ACTOR Johnny Ward, who has starred in ‘Love/Hate’ and ‘Fair City’, is still going strong in RTÉ’s ‘Dancing with the Stars’ as he has consistently received high scores from the judges – and he dazzled the audience with a Eurovision-inspired performance on Sunday evening’s show.

The competition, now in its tenth week, sees a host of celebrities take on dances alongside their professional dance partners, with a different celebrity being eliminated each week after competing in a dance-off, where the bottom two performers fight to keep their place in the show.

Greenhills man Johnny Ward has consistently impressed the judges with his performances alongside his professional dance partner Emily Barker, and he has so far avoided having to compete in a dreaded dance-off.

Sunday night’s show was a celebration of the Eurovision, with Johnny and Emily deciding to perform an emotional contemporary dance to Eurovision Song Contest 2014 winner Conchita Wurst’s triumphant song ‘Rise Like a Phoenix’.

Judge Brian Redmond said: “I thought it was excellent. I think you could represent Ireland in the next Olympics.

“That could have been the opening sequence of a Bond movie, and I absolutely loved it.”

Judge Julian Benson also heaped praise on the past pupil of Greenhills College, saying: “You smashed that performance.

“The power, the energy, the emotions, the creativity . . . it’s all about the story-telling.

“From the top to the bottom of the routine, I could see you danced the heart, and the chemistry between the two of you was box office.

The judges gave Johnny 30 points for his performance, the highest number of points that were awarded on Sunday’s show.

Fair City’s Clelia Murphy was the seventh celebrity to be eliminated from the show after going head-to-head with Fred Cooke in a dance-off on Sunday evening, and now four celebrities, including Johnny, will be going forward into this Sunday’s show.

The next episode in the series, which is the semi-final, will air this Sunday, March 17, at 6.30pm on RTÉ One.