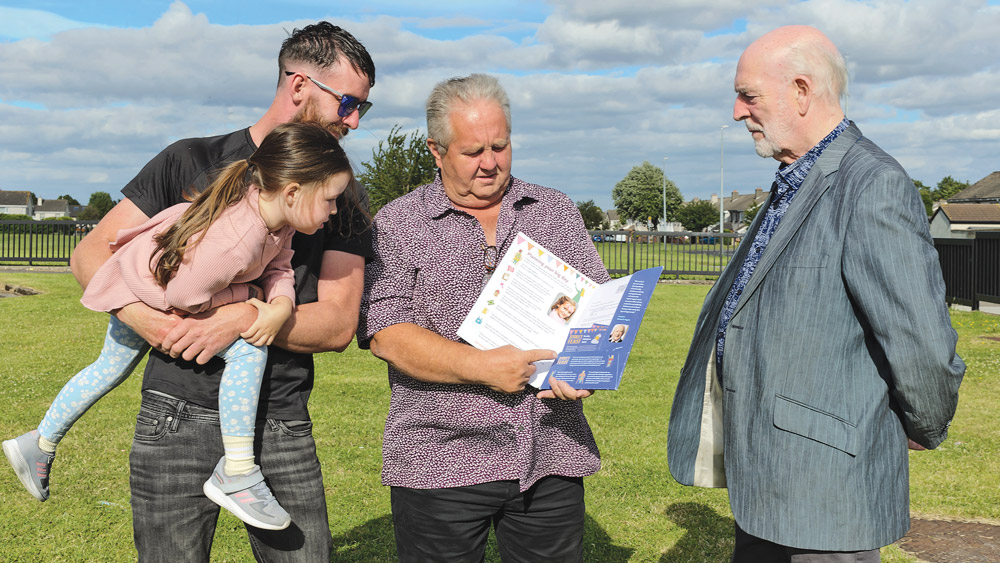 Jubilant scenes at street party on the green

THERE were jubilant scenes at a well-attended street party on the green in Pinetree Crescent in Kilnamanagh on Sunday – and the organisers hope it will be the first of many.

The event was organised by Pinetree Crescent residents John Kenny, Ciaran Kelly and David Tonge as a way to bring the community back together after the pandemic.

Describing how the plan for the street party came about, John told The Echo: “It came together very quickly from an idea that Ciaran Kelly had.

“We were talking one day, and Ciaran was playing guitar, and he said, ‘You know what we should do? If we have a nice day, we should have a singsong on the green’.

“It developed really quickly after that.”

Over 60 people attended the street party, where music was provided by Ciaran and local musicians Taylor D and Luke Clerkin.

Attendees were also treated to a barbecue, and all manner of sweet treats, including cakes and fizzy drinks.

“It was fantastic,” enthused John. “It’s the first time we’ve done it – we did it because, after the pandemic, we wanted to have a go at something like this.

“It was supposed to be from two until six, but it just ran on and on. Some people didn’t leave until 11.”

John said that, alongside David and Ciaran, he’s planning to hold a street party in Pinetree Crescent again at the end of August, but it will be a fundraiser for a local charity.

The trio are planning to hold street parties in the area every summer, as they were so pleased by the success of last week’s street party.