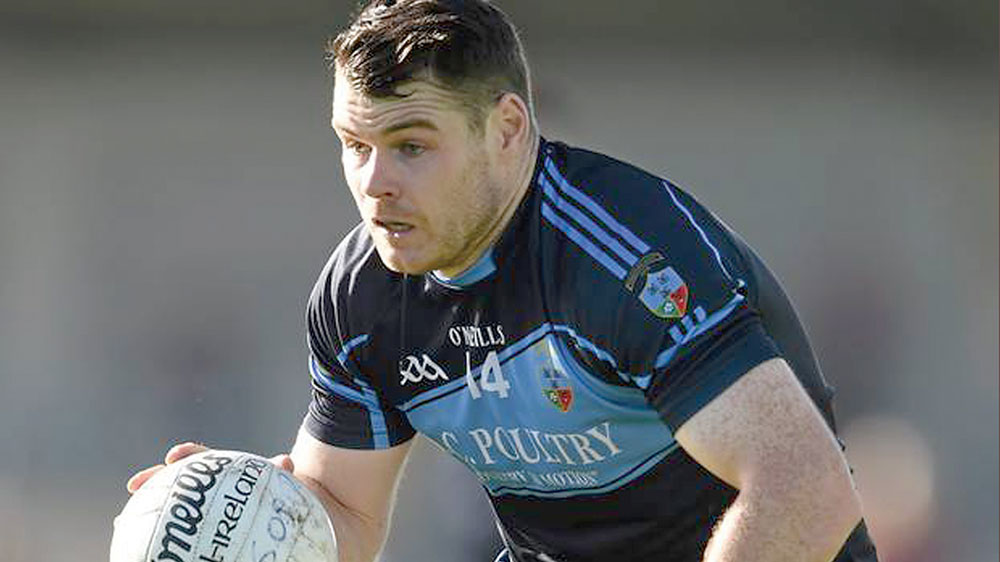 Kevin McManamon was on the scoresheet for St Jude's

St Jude’s will face Lucan Sarsfields in the semi-final of the Dublin Senior One Football Championship following their 3-14 to 0-15 victory over Thomas Davis at Parnell Park on Saturday afternoon.

Finalists in 2018, the Tymon Park side are now 60 minutes away from a return to the same stage.

While multiple Celtic Cross winner Kevin McManamon chipped in with a brace of points, it was a fine team effort that got Jude’s over the line.

The final scoreline did flatter them to an extent, however, as Davis’ were in contention for the large stretches.

The Tallaght outfit – who had fine performers in Fionn Murray, Davy Keogh and Sean Farrelly – even threatened to prevail during a couple of junctures, but Jude’s ultimately reinforced their authority.

Lucan will undoubtedly be the surprise package in the penultimate rounds after they knocked out defending champions Ballymun Kickhams in the second part of a double-header in the Donnycarney venue on Saturday.

Despite coming up against a side that is laden with inter-county talent, a Ciaran Smith goal edged Dave Cullen’s charges into a 1-7 to 0-9 interval lead.

The 12th Lock men looked set for a comfortable ride when they developed a 1-14 to 0-11 cushion on the third-quarter mark, but ‘Mun came roaring back into the contest.

Yet there was enough time for Lucan to produce further late drama as Brendan Gallagher kicked his 10th point of the game on 65 minutes to propel the underdogs towards a famous 1-16 to 0-18 triumph.

Jude’s and Lucan will also be joined in the last-four by 2019 champions Ballyboden St Enda’s, who were convincing 2-17 to 1-11 victors at the expense of Castleknock in Parnell Park on Sunday.

Aran Waters and Ciaran O’Reilly shook the net in the second half to see off the challenge of their Fingal counterparts.

Four-time winners of the competition, ‘Boden can now look forward to a semi-final date with Kilmacud Crokes.

Meanwhile, Templeogue Synge Street will play St Brigid’s in the penultimate phase of the Dublin Senior Two Football Championship as a result of their 0-20 to 1-11 quarter-final success over St Mary’s, Saggart at Dolphin Park on Sunday morning.

There was disappointment for St Anne’s on the same day, however, as the Bohernabreena men fell to a comprehensive 4-18 to 0-5 loss at the hands of champions Cuala in a Senior Two knockout affair at Hyde Park.