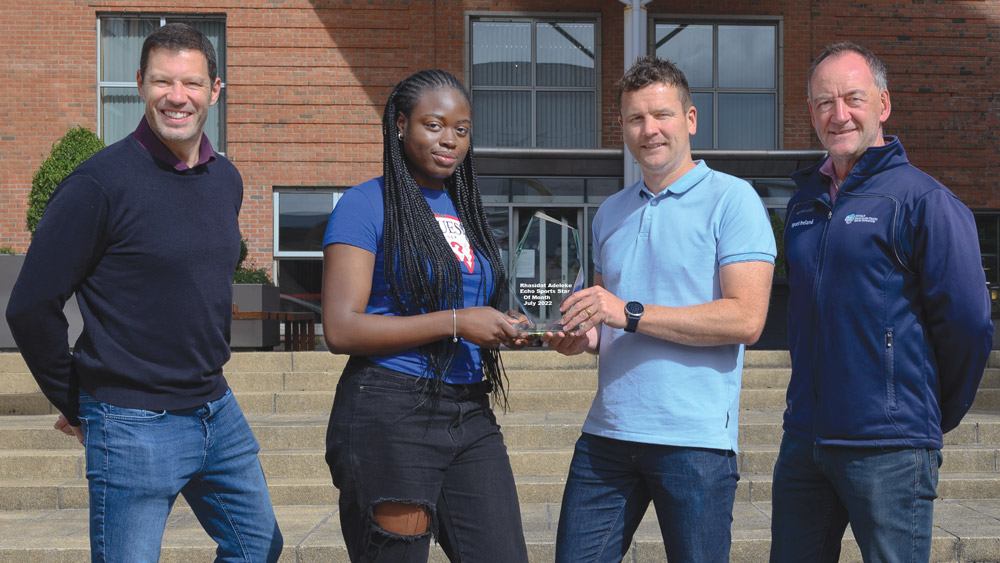 WHAT a summer it has proven to be for Tallaght Athletic Club’s, Rhasidat Adeleke.

The Texas University-based sprinter certainly announced herself on the World Senior Championship stage when she finished ninth in the 400m in Oregon.

Indeed she missed out on a place in the World Final by just a mere 0.16 seconds, her time of 50.81 seeing her finish fourth in her heat that was won by two-time Olympic gold medallist, Shaunae-Miller Uibo of the Bahamas.

Adeleke battled right to the end for that second automatic qualification spot, but was just unable to overhaul Jamaica’s Candice McLeod and Poland’s Anna Kielbasin-ska who finished second and third respectively.

Unfortunately, Adeleke did not recover in time to contest the medal race, and they had to settle for eighth place.

The 19-year-old, who has set national records in the 60m, 200m, 300m and 400m this year, continued on to finish fifth in the European Senior Championships 400m Final in Munich.