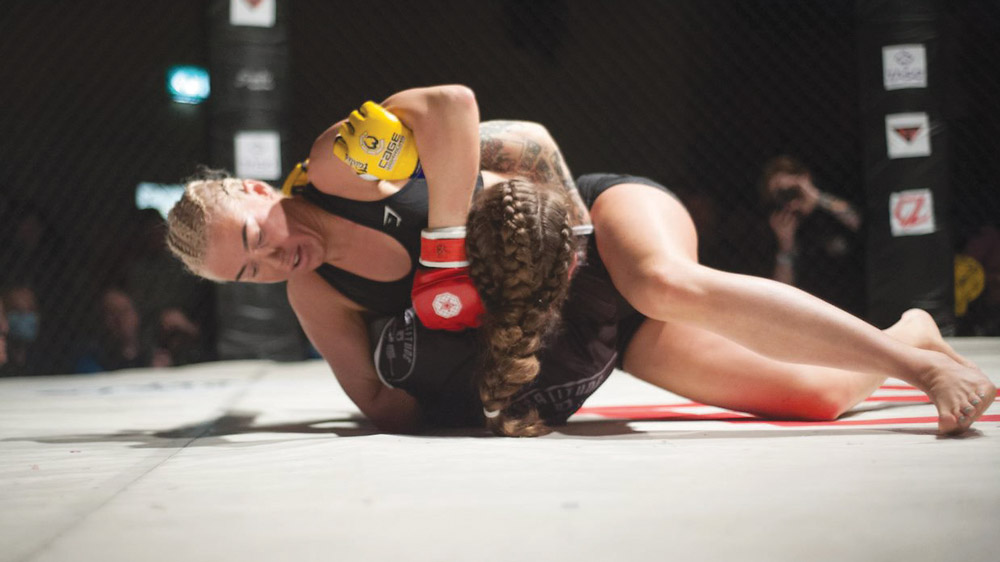 SHAUNA Bannon is in intense preparation for her first fight under the Invicta Championship banner next month.

The 28-year-old Tallaght MMA competitor will face off against Mexican, Nadia Vera in a strawweight contest in Kansas City on September 28, determined to make a winning start with the world’s largest all-women’s MMA organisation.

Bannon is already 2-0 in professional MMA having chalked up a brace of knockout wins in Cage Legacy and the Holohan Martial Arts member is confident she can enhance that record next month.

“She [Vera] looks like a well-rounded fighter, but there’s nothing that stands out for me that will cause me any trouble” insisted Bannon.

“She’s undefeated. She’s three wins and one draw. We’re both undefeated, so someone has a zero to go and it’s going to be her.

“I actually fought and beat her team mate, Yessica Ortega before, at the IMMAFs and they fight similar.

“Preparation has been really good. For the start of my camp I went over to Spain and I was training in a grappling gym.

“We did a week of intense grappling and it was really good with the heat and all. I then continued my training with Holohan Martial Arts.

“My kickboxing obviously has a huge role to play for me. I competed on some many international stages, in so many different environments and against all types of opponents for years and years, but my grappling has come on leaps and bounds.

“I really feel so much more confident in my grappling. When I first started mixed martial arts I used to be thinking ‘don’t get taken down’ and I was forgetting about everything else.

“But now, I’m taking people down or, if I do get taken down, I’m comfortable off my back. I’m confident wherever the fight goes and that just helps me to perform a lot better” she told The Echo.

Bannon, who previously enjoyed World and European kickboxing success with Tallaght Martial Arts, has already chalked up two pro MMA wins in Cage Legacy fights in Dublin and Meath and is not fazed by the prospect of travelling Stateside for her next challenge.

“With kickboxing I would have travelled a lot and it actually takes a little bit of pressure off if I’m honest, because when it’s on in Tallaght, all the crowds are there” she explained.

“I’m the main event and everyone is there for me, whereas now it’s just going to be me, Paddy and Sarah in our own little bubble, going over, getting the win and coming back.

“So it’s actually probably less pressure. I do love the buzz of the crowd, but it is also a lot of pressure. Now I can just switch off all the other stuff and just go out and fight” she added.

The move to Invicta represents another exciting period in the career of Bannon, who, last year, won gold in the IMMAF Senior World Cup in Prague.

“I’m delighted to have signed with Invicta” continued Bannon. “The standard of the girls there are top of the range.

“It’s the place to test myself before actually going to the UCF, so I’m so grateful to have the opportunity to perform on such a platform, especially for my third fight because I’m still early on in my career.

NEWER POSTJuly 2022 Sports Star of the Month: Rhasidat Adeleke
OLDER POST“I now know that I’m able to be competitive against the best in the world” – Adeleke